How to Become an Actor in Philadelphia

Everybody knows Philadelphia is the City of Brotherly Love. Less known, however, is that it has also become a booming market for acting projects of all sorts. Just ask Setty Brosevelt, a former chef who was forced to explore other avenues of work after a hand injury. With zero experience whatsoever, he decided to try his luck with acting in his native Philly. Today, he has not one but two agents and is a bonafide working actor. Here, Brosevelt tells all on how to become an actor in Philadelphia, from Philadelphia auditions to landing an agent in Philadelphia and beyond. 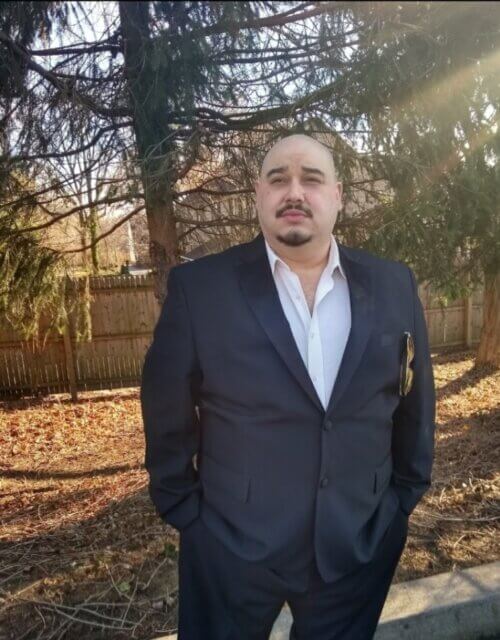 When starting out in Philly, background is your best friend.

We get a lot of background stuff, which is great for those starting out. I consider background like “the mailroom” of the acting business. It’s where you learn the processes and procedures, and that’s also where you network with others in the industry to work your way up. I have found that actors in Philly are the kindest on earth when it comes to helping others. That’s how I’ve stayed here and made it here: meeting others and their kindness in helping me get on my next job. “Hey, I heard your buddy needs a background actor. Do you think you can help me get on there?” It’s a 50/50 industry: The worst thing people can say is no.

Diligence is the key to finding Philadelphia auditions.

I scour the internet. I also have two agents. It’s a lot of teamwork, a lot of footwork. There’s not a day that goes by where I’m not spending hours on the internet looking for my next audition—pretty much every free minute of time I have when I’m not working my side jobs. They’re out there, it’s just a matter of putting in the work to find them. If you uniquely fit a description, you uniquely fit a description. I always tell other actors trying to get started here, you never know who’s dreamt of your face and written it into their project and it’s just about them seeing you.

Talent is fierce in Philly and so is the competition.

The most difficult aspect of acting in Philadelphia is finding the work, because there are a lot of us here all trying to do it. There are a ton of talented people you’re competing against, some of whom could be your dearest friends.You just have to celebrate the success of others. It’s the mentality you have to have here because it will grind you down. Work your hardest, but know that you may never “make it.” Stay kind, and don’t let any of it destroy you. Don’t let it destroy your family. This industry has a habit of divorces!

Take a job on set, whatever it may be.

Take production work when you get it. At the end of the day, if you’re on a set, you are learning. Most projects I do, I usually end up being a production assistant or background, or both. It’s just a matter of being in the right place at the right time sometimes, especially in a market like Philadelphia. The last project I was on, I was the location manager and also played the hot dog guy. I figure as long as I’m on a set, I’m joyful. Whether I’m in front of the camera or behind it, I am just happy to be there.

There are acting agencies in Philadelphia. You just have to know where to look for them.

I must have cold-called 150 agents before I got the two that happen to be in Pennsylvania that accepted me. I begged and pleaded and sent my reels out! Once these two met me in person, it was deal-sealed. My personality is such that I just get along with people. I also fill a specific niche as an actor, and both of those things were hugely beneficial to my landing an agent here.

The acting community in Philly is just that: a community. Take advantage of it.

This week, I am heading up to Hoboken [in New Jersey] for rehearsals for a project. I have jobs that take me out of Philly, which is wonderful, they’re great jobs—but it’s not the same vibe as the Philly gigs. You see the same faces all the time, you get excited to see each other at auditions. It’s a true community. Philly is very supportive of a second chance for actors, too. Starting late is not seen as some sort of downfall here. It’s seen as having more life experience to bring to your craft, that a kid who just graduated maybe doesn’t have. You can draw on something very real and that becomes an asset in this industry, rather than a drawback.

You don’t need a car in Philly to find success as an actor, but it could be a foot in the door.

I’ve personally found that having a car is a big asset in the industry and sometimes that will be the simple thing that gets you cast as background. It can be as simple as the director seeing you in your car and they decide they want you in the scene and they might even give you something fun to say. Sometimes they cast you just for the car, and hey, that’s still a gig!

Old-school penny-pinching goes a long way for actors in Philly.

I have a family, so it’s very hard financially sometimes. It’s helpful having a partner who has a job and who’s supportive. Really just penny-pinch: Don’t go out to eat much, don’t drink much, when there’s crafty, bring snacks home! It’s hard out there starting out; it’s hard out there in the middle; it’s hard out there all the way to the top until you make it—if you make it. You have to balance your career with your family, with your other sources of income. Of course you want acting to be the whole thing, but that’s not always realistic. I bartend and work at a head shop on the side. That is so important for the saving process. You can’t rely on the income from acting at the start, or sometimes maybe ever. And that is fine, because you still get to do what you love.

Ready to find your next role? Casting Networks has the latest Philadelphia casting calls all in one place.

Philadelphia Cost of Living for Actors