How to Become an Actor in Los Angeles

“Becoming an actor in Los Angeles” is a little like the idea of “becoming a fish in water,” right? That is to say, even though there are more bustling markets and opportunities across the country and world than ever before for actors, the City of Angels is still the shining beacon for those who dream of a career performing. In some ways, that makes the pursuit easier; in other ways, that makes it much more challenging. L.A.-based actor Tyler Poelle can attest to both. 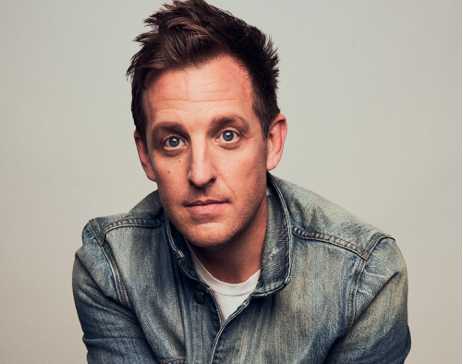 After earning an acting B.F.A. from the prestigious Carnegie Mellon University, Poelle spent his earliest post-graduate days in New York, doing theater and living in “tiny, terrible” apartments. But as he began auditioning more seriously, most everything he was getting close to as a non-singing actor was on the opposite coast. And so, he did as so many before him and made the voyage West. Having now racked up credits ranging from N.C.I.S. to Grey’s Anatomy, Poelle is doing his thing as a working L.A. actor—and he offered his advice for how you can, too.

Auditioning in L.A. is a specific beast you should prepare for.

“The hardest part for me coming out of New York and having done a lot of theater was the transition to film and TV. Going from auditioning for a regional production of Harold and Maude, Big Bang Theory, it’s a very different animal. I’m super grateful for my background in classical theater, but it takes a second to figure out how Shakespeare translates to a one-hour procedural—where you’re not even like the main guest star!

“So when I first got started in L.A., I blew a bunch of auditions. Eventually I was like, ‘Why am I not getting these jobs that I’m getting so close to?’ My manager at the time recommended an acting studio. I went, and she really helped me figure out this TV and film stuff.”

In L.A., go further together.

“If you’re new, that doesn’t mean you have to be new alone. Find a community of people who are already trying to work on the stuff that you’re doing. As long as you’re not a jerk, and as long as you pay it forward when it’s your turn, I tend to find that a community of like-minded people will help each other out. If you’re surrounded by folks who are rising together, that’s how stuff gets made in this town. ‘Oh, my friend’s a screenwriter, let’s go have lunch with him.’ It’s all relationships.

“And then marketing and talent and all that other stuff comes into play from there. But I think it’s really important to be around serious actors, not actors who like to talk about acting without doing it; actors who spend their time acting, who rehearse for their classes and take it seriously, not just ‘I like to watch documentaries on Al Pacino.’ That’s lovely, but it needs to also be, ‘I’m gonna spend three hours rehearsing today because I know I’m going to be better at the end of it.’”

The best advice for actors new to L.A. is…

“When I first got to L.A., a guy I knew said, ‘Here’s the only advice I’ll give you: Stay away from cocaine. Keep an eye on your credit score.’ There’s a lot of layers to this town. It’s so hot all year round. It’s not like New York; you can go out all night, whenever you want and find somewhere to get in trouble.

“The decision-making for a young actor has to have balance. That’s the other advice I have for actors new to L.A.: It’s important to be a human, otherwise you have nothing to bring to the stories you’re telling. Where are your stories, if all of your time is spent submitting for jobs? It takes dedication and discipline, but you have to be a small business, which is essentially what an actor is. But then every once in a while you gotta come up for air, otherwise, you have no life to bring to the characters. Go to a museum. There is so much cool art to go see here.”

L.A. can feel like a college where everyone has the same major.

“When it feels lonely in L.A., it feels really lonely. If you don’t want to see anyone for an entire day or two, you don’t have to; you don’t have to get on a train or walk on the street surrounded by people. I love this town, but I think there’s also a lack of respect for what we do, because everyone’s doing it—everyone’s trying to do it.”

“I imagine being an actor like walking around with a suit of armor and in this town everyone’s got a baseball bat. You’re going to a commercial audition and you stop into Starbucks: You walk down the street and your best friend’s on a billboard, and then your other best friend is making your coffee. Everything’s just hitting you with a baseball bat so you get home at the end of the day and your armor is all dented up. And the hardest part is realizing that it’s not personal. You just punch out those dents, polish it up, and get ready for another day.”

“L.A. is special and it is not full of mean-spirited people. When people say that I think, ‘Maybe you’re hanging out with the wrong people.’ It has mountains, oceans. There’s fancy Beverly Hills, and then hipster east side. You can get to snow or the ocean within hours in this town. I live right by Griffith Park, and it’s beautiful. One of my other favorite places to go is, there’s a Frank Lloyd Wright house right down the street [in a place] called Barnsdall Art Park. I take my kid there and we hang out.”

“And, I mean, I don’t know anyone who doesn’t feel good at the beach. There’s something that’s very holistic about dealing with a sometimes very superficial occupation, and then getting to sit down and listen to the ocean for a while. If I’ve got a couple of hours where I don’t have anything lined up, sometimes I’ll just, in the middle of the day, drive out to Santa Monica and sit on the beach for a while. That’s the kind of stuff that fills you up as an actor.”

This is the one thing every L.A. actor can’t survive without:

“The snarky answer is a ring light, right? But I think the real answer is a thick skin. It’s true: Everyone out here is gorgeous. If you look to the left or to the right, there’ll be someone with bigger muscles, or a prettier face. What that gives you in the grand scheme is the resilience to appreciate that you bring something specific to the table. And that that specific thing you bring is what makes you special, and what makes you special is also what makes you captivating. That thick skin has to protect us from the notion of comparison, because that’s what will erode away at the thing that makes us captivating in the first place.”

Ready to give acting in L.A. a shot? Check out the latest Los Angeles casting calls at Casting Networks.