If you’ve previously bought into the traditional idea of an actor’s career progression in TV — accumulating a certain number of co-star credits before advancing to guest star roles and so on — you may want to keep reading. Before landing her guest star role on a yet-to-air episode of the 20th season of NCIS, Jaclyn Aimee only had a nonspeaking co-star role on her TV résumé. The actor virtually sat down with Casting Networks to share the inspirational tale behind her breakthrough booking that landed her on the popular, long-running procedural.

It’s great to virtually meet you, Jaclyn. Before we dive into your casting story, I’d love to hear how you’d sum up the role you play on NCIS.

My character is in the cold open of the episode of NCIS that I’m in. Without giving too much away, I can say that she’s one of the main witnesses to the events that unfold in the story. I really feel like the role is meant to balance the tragedy of what happens via some levity. Comedy is my wheelhouse, so I was really excited to have the opportunity to play it that way while still keeping everything grounded.

What can you tell us about the process of booking the role?

There was a quick turnaround for the first audition, and I was reading for two different roles: Christine and Esme. They shared the same description in the breakdown, though, so I wanted to really differentiate how I played the two characters. When I went to the studio where I do self-tapes, I made sure to bring two sets of wardrobe that reflected the clear choices I’d made for each one. I also focused on personalizing the voice and presentation of the respective characters in both performances — I wanted to reflect their different essences.

It sounds like you felt confident about your initial audition.

Yes. The general description for the roles just felt like me, and the dialogue was full of words I would actually say in real life. So, I sent off the self-tape and found out a few days later that I’d received a callback, which was to be done via Zoom. I already had my lines completely memorized, so I told myself not to over-prepare — everything I needed was already in me. When the Zoom callback started, I was super pumped and feeling ready to go. I did the first scene and realized right away that I’d messed up at least one word in it. I pushed through, though, and gave my all to the second scene. But as we were nearing the end of it, I realized I didn’t have my phone within reach, and I’d used it as a prop in that scene for the self-tape. 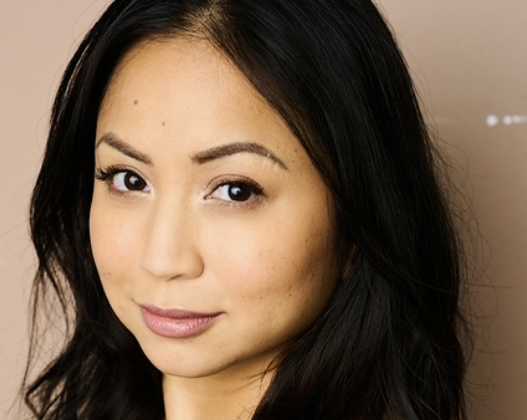 Did that throw you off during the callback?

I just mimed holding it. After the scene ended, someone on the call joked, “Where’s your phone?” They were super sweet about it and just teasing, but I was so in my head about the whole thing that I thought I’d bombed the audition in front of the casting directors, the producers, and the episode’s writer. When the Zoom call ended, I had a full breakdown and started bawling my eyes out. I even called my partner to tell him that between the lines in the first scene and forgetting my prop for the second one, I’d really messed up the callback. I tried to put the whole thing out of my mind, but later that night, my manager called me. He said right away, “You booked it.” And honestly, the first words that came out of my mouth were, “Shut the f-ck up.” [Laughs] I was stoked because it was so unexpected. It just goes to show that if a role is meant for you, it’ll find you no matter what.

I’m sure a lot of our actor readers will find that to be an inspirational takeaway from your story.

I think it’s really important for all of us actors to keep in mind. Before I booked this role, I was getting great voiceover and commercial opportunities, which was great. But, it felt like I wasn’t booking anything in film or TV. I’d actually only booked one TV role before this, which was at the co-star level and was nonspeaking. So, I want to point out that there’s no linear process to this business. You know? People sometimes think you have to book a certain number of co-star roles before you can move on to the guest-star level, but that wasn’t the case for me. And as actors, we can’t compare our own journey to that of someone else. We have no idea how it’s going to go or when our next role will come. After this experience, though, I can say that I have a lot more faith in myself and in my abilities.

That’s awesome to hear! And before we wrap, can you share a little bit about filming your episode of NCIS?

I absolutely loved the experience. Both the director and the writer were women, and the crew was female-dominant, as well. I just love seeing that so much. Plus, my scene partner, Clare Gillies, was just a dream to work with. She’s amazing. What was funny about filming in Southern California for a scene that was supposed to take place on a gloomy day in Washington D.C. was the disparity between the wardrobe and the actual temperature. It was approximately 80 degrees in Santa Clarita where we shot, and I was in a puffy jacket zipped all the way up with UGG boots on my feet. But, filming my episode was still a lot of fun — I was just very sweaty. [Laughs] 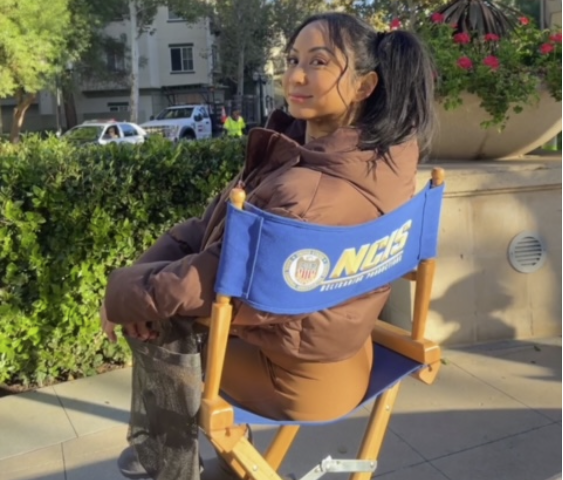 Aimee on set of ‘NCIS.’ Courtesy of Jaclyn Aimee.

Those interested in keeping up with the career journey of the NCIS actor — who’s also appeared in NBC’s Young Rock and Prime Video’s Party with Me — can find Aimee on Instagram, where she shares posts about her work.
—
This interview has been edited and condensed.