Fans of the Black-ish spin-off series Grown-ish may recognize Grant Hall from the show’s fifth season. Before that big-name booking, the actor cut his teeth on web series like Tough Love and Tough Love: Los Angeles, as well as independent shorts such as 2 Eye Drops from Normal and Triggerman. Hall took time out to virtually sit down with Casting Networks and share the story behind his career breakthrough moment of booking a recurring role on the hit ABC series. Keep reading for a window into that process, including Hall’s first call to his “ride-or-die” after receiving word of the Grown-ish booking.

It’s nice to meet you via Zoom, Grant. Before we dive into your casting story, I’d love to hear how you’d sum up your character of Kyle in the series.

I would define him as an intelligent and charismatic person, but he also has a side that is a little shadier. There’s sort of this business persona that Kyle hides behind — underneath his upscale appearance, he’s a bit of a snake. When I was first auditioning for the role, I didn’t realize he was purely an antagonist in relation to the lead character of Junior, who’s played by Marcus Scribner. I thought Kyle was just causing a little bit of conflict, but once I got on set, it became very clear that he was in fact a full-on antagonist.

It sounds like that could have been a fun surprise, and thanks for sharing your take on the character. Now, what can you tell us about the process of booking the role?

I did my initial, self-tape read for it, and I got an email about a day later saying that they wanted me to read for it again. The thing was, they asked me to do it the exact same way I had before, with the exception of changing just one word of the dialogue. I came close to saying no because I figured if they liked me for the role, one word wasn’t going to make a difference. But I’m really grateful I didn’t — thank God. It seems like you always get tested before something good happens, at least in my experience. So, I guess that was my test because I sent in that second self-tape with the one-word change, and my agent followed up about a day after that to tell me I’d booked Grown-ish. It’s the most prominent role I’ve booked in my career so far, and I’m sure you can imagine the excitement I felt to get that news. 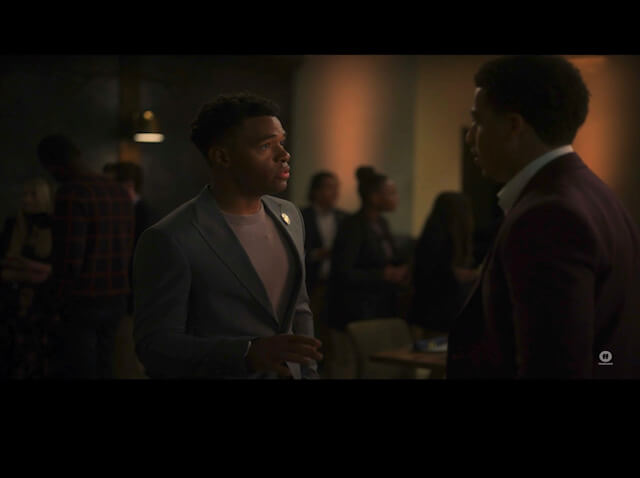 I would imagine you’d be ecstatic! How did you celebrate?

I instantly got up and called the first person I always call when something good happens to me, which is my mom. She has been my ride-or-die since the start of my acting career, and she drove me halfway across the country when I was moving out to LA. So, it was cool to get to celebrate a booking of this magnitude with her, and we were all excited about it on our call. Then I got on the phone with my agent and tried to tone it down a bit in order to talk through the business side of things. [Laughs] But, it was just an amazing feeling to find out that I had booked it — I’m still riding that high.

I bet! And can you share a bit about your experience filming the series?

I honestly did not know what to expect when I was going into filming my first episode on the series since it was my first time doing a big-budget project like Grown-ish. The stakes are high, and there are more people behind the camera than you could imagine. I remember getting to set that first day and feeling grateful that I was prepared for it. I was like, “If I had not gone to school for this, I would probably choke right now.” [Laughs] The main scene I did for the first episode was with Junior, and Marcus Scribner and I were able to run the scene together over and over again, which I appreciated. It is always good to have castmates that are down to rehearse. And I loved working with Shiri Appleby — she is an amazing actor’s director in my opinion. She was so specific with her notes, which challenges you as an actor in a good way and keeps you present. Plus, I was just so excited and grateful to be there and wanted to give her the best performance I could. 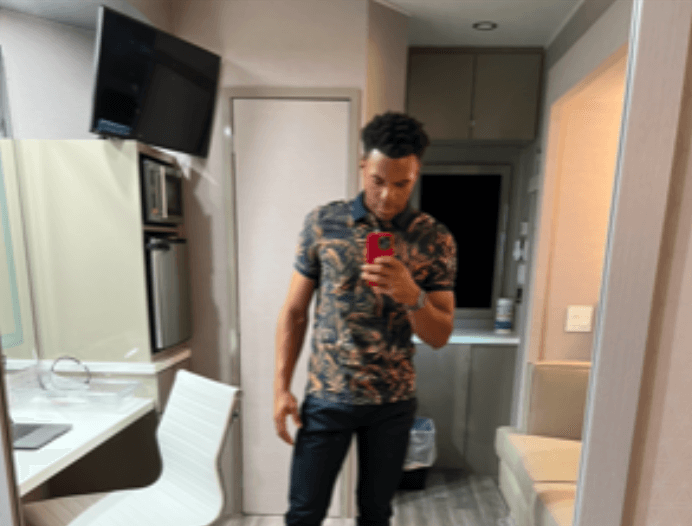 Grant Hall in his trailer on the set of ‘Grown-ish.’ Courtesy of Grant Hall.

I love that attitude of gratitude, Grant. And before we wrap, can you share how working on Grown-ish has impacted your career so far?

I feel like Grown-ish has certainly propelled me to a different place in my career. It has elevated me and has given me the platform to express my artistry to a wider audience. I am grateful to get to keep working on the show, and I think that it helped me book another recurring role on a different series. I can’t say much about that one yet because I signed an NDA, but I am excited to start filming it, as well. And I have to give a shoutout to my reps — my manager Annie Molnar at Creative Artists Talent Management and agents Milton Perea, Nicole Jolley, and Katelyn Giroux at AEFH — because they really deserve it.

Those interested in keeping up with the career journey of the Grown-ish actor can find Hall on Instagram, where he regularly shares posts about his work.
—
This interview has been edited and condensed.