My Casting Story: Al-Teron on ‘On the Come Up’

In case you missed it, A-list actor Sanaa Lathan recently made her feature directorial debut with On the Come Up. The onscreen adaptation of the New York Times bestseller of the same name — penned by the The Hate U Give author Angie Thomas — centers on a talented 16-year-old rapper named Bri (Jamila C. Gray), who tries to lift up her family and stay true to herself after her first hit goes viral for all the wrong reasons.

Lathan also stars in the upcoming film, which will premiere on Paramount+ on September 23. Ahead of its release, we got to sit down with Al-Teron — an actor known for his performances in series like Law & Order: Special Victims Unit and his work in impactful spots such as P&G’s “Widen the Screen” — to hear how he landed a role in Lathan’s debut feature. Keep reading for his On the Come Up casting story, along with a window into the actor’s on-set experience with the newly-minted director.

It’s nice to virtually meet you, Al-Teron, and before we get to your casting story, I'd love to hear your take on the character you play in On the Come Up.

I found out on my first day of filming that my character, Scrap, was a few people’s favorite character from the book that the film is based on. That created a little pressure, but he was absolutely fun to play. The thing about Scrap is he’s a protector. Sanaa Lathan plays a character named Jay in On the Come Up, and my character is close with her sister, who’s called Aunt Pooh. I’m willing to go to war for Pooh — she’s my ace. If we’re being honest, I’m her “do-boy.” If she asks me to jump, I’m responding, “How high?” Whatever Pooh needs, I’ve got her covered. That extends to anyone connected to her, as well. I see Pooh’s niece, Bri, as my little sister. In general, if anyone hurts someone close to me, there’s immediately going to be a problem that I will rectify.

Al-Teron on the set of ‘On the Come Up.’ Courtesy of Al-Teron.

Scrap sounds like a good person to have in your corner! Thanks for giving us that window into your character, and what can you tell us about the process of booking the role?

I actually first got an audition for the project that was for a character called “Guy on the Couch.” Just an hour after that self-tape request came in, I got the audition notice for Scrap. I was excited when I read the breakdown because I really connected with the character. But at that point, my schedule for the day was getting really tight because I had three other self-tapes I needed to do before catching a flight for a trip out of town. It was a lot, but I ended up knocking out all five of them that same day. I didn’t have the necessary time to really dive into each one as much as I normally would, with the exception of my audition for Scrap. Out of all the auditions I did that day, that was the one I gave the most time to.

And it paid off!

It was kind of crazy, though, because I found out I was pinned for the role during the same week I booked a feature film and Hulu series. And especially in this Covid era, with all the necessary time needed to properly test before a shoot, the filming dates for the three of them just weren’t aligning. I can now see that it was a good problem to have, but that was my first time being essentially tripled-booked, which caused me some mental stress at the time. It wasn’t going to work out to do all three, and my manager said I had to make a choice. At that point, my pin had moved up to a full booking for On the Come Up, and I just really resonated with the character of Scrap. There was so much meat to the character, as well as a lot of range with where I could take him. Scrap really helps push the story forward in On the Come Up, and looking back, I can say that it was the right decision to choose that role over the others. 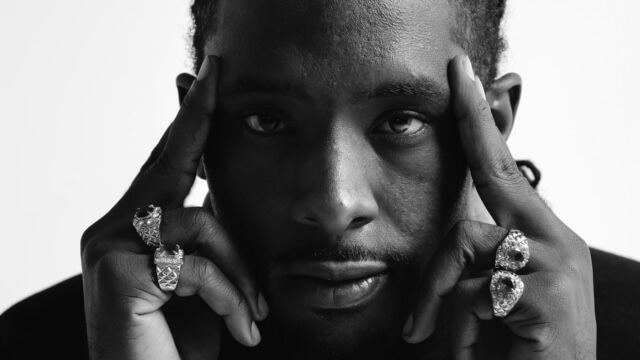 Wow. Your casting story is the first one in this series that involves making a very hard decision in the midst of a triple-booking! And it seems to me like you made a good choice — not everyone can say they worked on Sanaa Lathan's feature directorial debut. Can you share a bit about your experience filming the project?

The moment I stepped on set, I felt like I was part of a family. I was welcomed with open arms, and if I had to wrap up the entire experience in one word, it would be “amazing.” I’d been anticipating meeting Sanaa because she’s one of those legendary actors that I grew up watching. And I was blown away by her work as a director. She handled everything with such grace, poise, respect, and passion. Her love for the craft is unmatched, and she was a treasure to work with — I’m still at a loss for words that fully capture the experience. 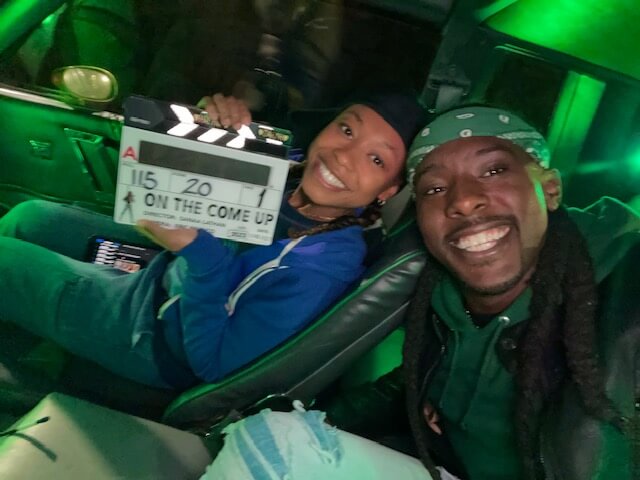 L-R, Jamila C. Gray and Al-Teron on the set of ‘On the Come Up.’ Courtesy of Al-Teron.

It sounds like it couldn’t have been better! And I’d love to hear how booking On the Come Up has impacted your career so far.On the Come Up taught me patience. Features take a while to come out, so it’s a matter of using your time wisely while you wait. I don’t know what will happen to me — and my career — once it comes out. But, I hold to the belief that what is for me is already en route.

Al-Teron left us with one last thought before the interview wrapped, which other actors may find helpful when considering their own career journeys. “Something I live by is that we go through what we go through to become what we’re supposed to,” he asserted. Those interested in learning more about Al-Teron’s work can find him on Instagram, where he frequently shares behind-the-scenes content from his various projects.
—

Want to get cast in your next acting role? Sign up or log in to Casting Networks and get start auditioning today!