After Hollywood went aflutter over the 2022 Emmy nominations last week, the town quickly got busy at its favorite pastime: debating the most-nominated series like Succession, Ted Lasso and White Lotus – while pondering noteworthy snubs, with Anthony Anderson leading the charge.

I’m all about what’s ahead in terms of award consideration for next year – the early Emmy frontrunners. In that regard, June was an incredible month with several excellent new series debuting like FX on Hulu’s The Bear and AMC+’s This is Going to Hurt. Here’s the problem. The eligibility cutoff for 2022 consideration happened on May 31 – so these fall into next year’s Emmys batch. And unfortunately, Hollywood has memory loss when it comes to recalling great performances that happened long before ballots get sent out. So, let’s celebrate one of the likely nominees next year so that we can all tattoo it onto the brain until 2023 voting is an actual thing.

Today’s candidate is the FX series, The Old Man, which premiered back on June 16 on FX. It’s an ensemble of great actors doing great work, led by Jeff Bridges who, side note, was diagnosed with non-Hodgkin’s lymphoma during filming and then almost died of COVID-19 complications while receiving chemotherapy during a roughly one-year break from shooting.

A morbid yet remarkable detail that makes his ultimate performance that much more impactful.

There are lots of standout performances in this one, so I’ve collapsed the list down to four performers that transform this series about a rogue former CIA operative on the run into a must-watch accomplishment.

Note: The series has many twists and turns, which I won’t ruin here in the name of preserving the best possible viewing experience when you eventually watch it (if you haven’t already).

A well-acted acting ensemble can only go so far without great writing and solid source material. In those regards, The Old Man has been adapted for TV from the 2017 book by Thomas Perry (of the same name) and set up for success by show creators Robert Levine and Jonathan E. Steinberg. The seven-episode series (which has already been renewed for season two) burns slowly at first and then picks up the pace considerably with intricate plot points involving a former CIA officer (Bridges) who keeps running into people who want to kill him.

But this a man built to survive, out-smart and out-muscle all comers – which leads to tense moments and multi-layered dialogue that makes you wonder who knows what, and when.

There have been many iconic roles in Bridges’ career. Cult favorite The Big Lebowski (1998), Fearless (1993) and Crazy Heart (2009) immediately come to mind, the latter of which won him an Oscar for best actor. But The Old Man feels like one of those career-toppers, a legendary actor painting all sorts of master strokes on a broad palette – and lots of screen time to do it.

Not bad for the 72-year-old Bridges, hardly an “old man” by Hollywood standards.

When we first meet Dan Chase, his character in The Old Man, he seems to be an old, decrepit widower with a brain fast deteriorating. But that’s when we don’t really know what we’re watching and as the onion peels, this former CIA operative in hiding must fend off an attempt on his life. This before he goes on the run to save his life and protect his daughter in the name of leaving the past in the past – as it would put more than a few people at risk, including himself.

Harold Harper, deputy director of the FBI, is one of those people who Dan Chase has a complicated history with – after the two of them ran an unofficial operation in Afghanistan decades prior against the Russians. That’s what makes it extra uncomfortable when Harper is tasked with hunting down the rogue fugitive Chase down, once he’s flushed out from hiding.

It’s a role the smooth-talking, dramatic-acting Lithgow was built to play – a character described in FX marketing as “intelligent and tough with deep reservoirs of compassion and ruthlessness.” I first saw Lithgow act in The World According to Garp (1982) in a memorable role as the transgender activist in a role that earned him an Oscar nomination. But more contemporary audiences probably know this gifted actor from The Crown (2016) or Perry Mason (2020) – if not 3rd Rock from the Sun, the successful sitcom that won him several Emmys in the 1990s.

There is quite possibly another one coming.

As a rising star at the FBI, Angela Adams is the protégé of Harold Harper, a devoted young agent who would seemingly do anything for her boss, who serves as a father figure. But, like all good dramas, there’s more going on here and a past of sordid secrets that Chase and Harper share threatens to upend her entire world. Luckily, we have Shawkat (who is incidentally half-Iraqi) here to commandeer this role of woman trapped in the middle of these men’s hidden agendas.

You might know Shawkat as Dory from the HBO Max mystery-comedy Search Party (2016-2022), or her enduring run as Maeby Fünke in Arrested Development (2003-2019). I personally appreciated her work as Alexander Hamilton on Drunk History (2016), an episode drunkenly narrated by Lin Manuel-Miranda himself. Whatever impression of Shawkat you have, The Old Man will only further propel the 33-year-old actress from Palm Springs to more great things. 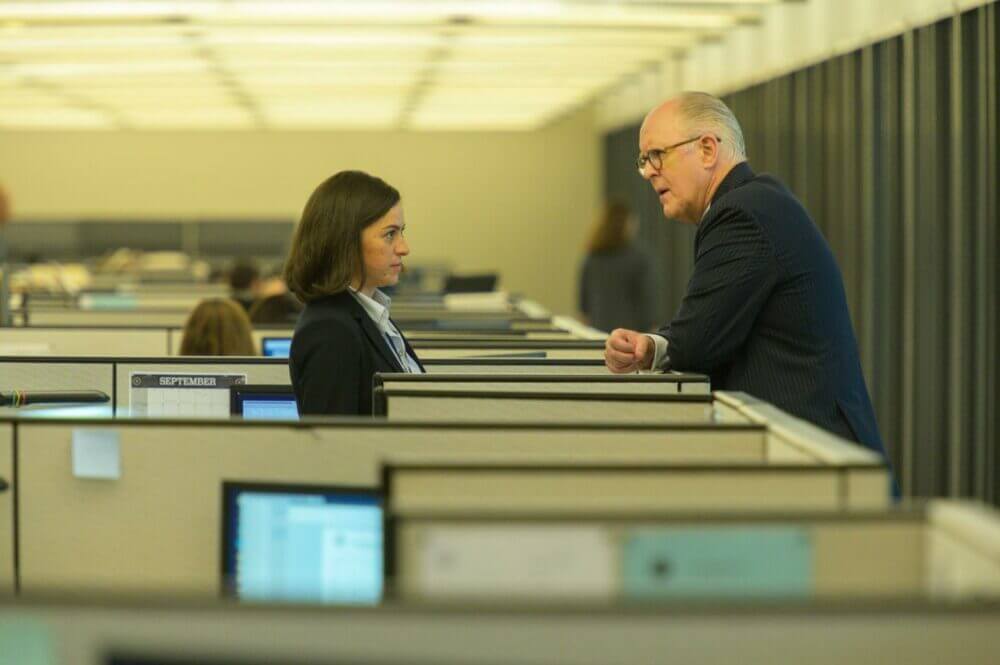 Then there’s CIA operative Agent Raymond Waters (Bonilla) who is seemingly onto Harper’s antics from the start in The Old Man. Waters is perpetually getting stifled in his pursuit of Dan Chase – and he’s starting to wonder why. His inquisitive ways and unwillingness to defer entirely to Harper and his evasive explanations give Agent Waters a key role in the series. In fact, Harper refers to him at peak annoyance as “the nosiest mother*cker in the history of the CIA.” A compliment coming from Harper, I’m sure, given the CIA agent’s peskier instincts.

Just a long way of saying the Brooklyn-born Bonilla of Puerto Rican descent, a former soap star from CBS’ Guiding Light (2007-2009), is one to watch in this one – and more than up for the task. It will be interesting to see where his arc goes as the season one finale plays out this week. 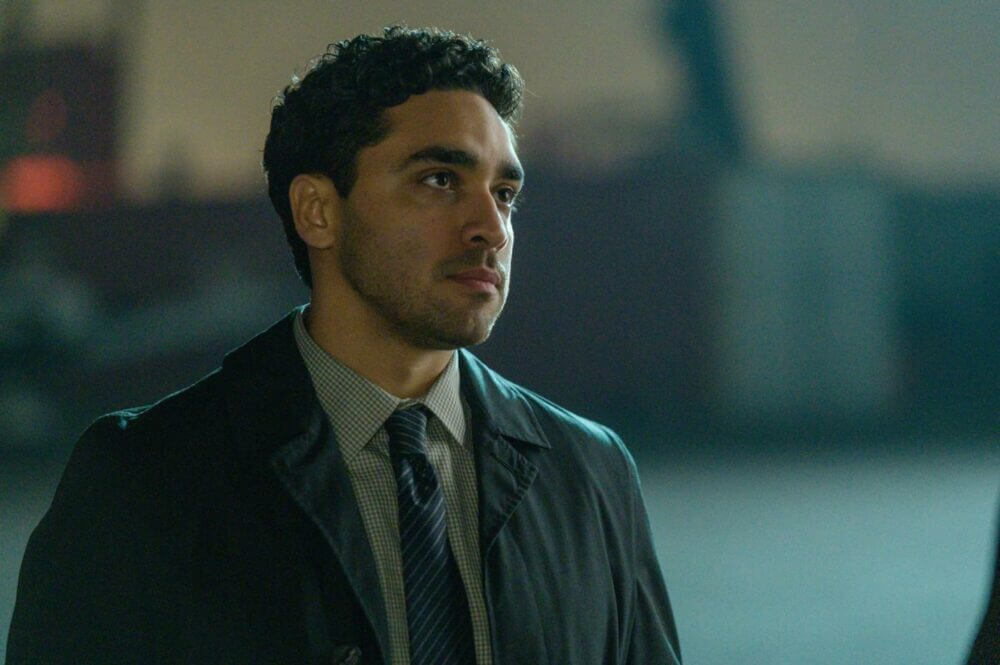