How to Become an Actor in Toronto

Shiva Safari can’t even remember a time when she didn’t want to be an actor. “It’s just always been in my DNA,” she says matter-of-factly. However, as a Persian woman, Safari admits that being a professional performer is not “something that’s encouraged” within her culture, which is why she held off on the pursuit until the relatively late age of 30. Now, several years and IMDb credits later, Safari has found success as a working actor in Toronto, and has amassed loads of experiential advice on how anyone else can do the same. 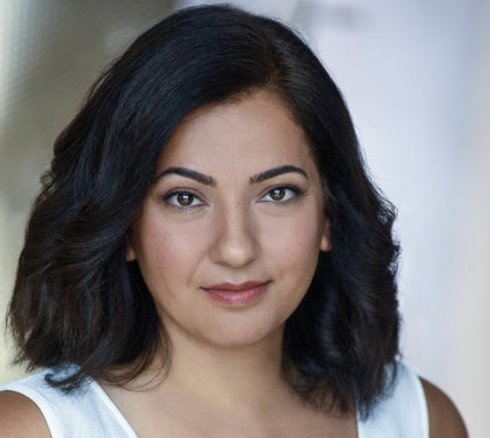 From the dos and definitely do-nots, to finding Toronto casting calls and Toronto auditions, as well as the best advice for finding representation, here is Safari’s guide for how to get into acting and Toronto.

If you’re wondering how to become an actor in Canada, you have two options.

Here in Canada, if you want to be an actor, the choices are Toronto or Vancouver. And Toronto is really well-positioned for anyone who wants to be in film and TV, because it’s a really prolific city for film and television productions. For me, I’d moved to Montreal from Toronto, and then I came back to Toronto specifically for acting.

Here’s how to find representation in Toronto.

First, make sure you have good headshots. Then you can go on the Actra Toronto website and look at the list of agents. I would not contact any agency other than the ones who are on the union website. Go through that list, see who speaks to you, choose a few and then email them your headshot and a demo reel. If you don’t have a demo reel, take acting classes—there are several well-known, popular acting schools here. It’s very, very competitive in Toronto as far as getting an agent. There are so many applications and it’s very difficult to even get a reply from an agent.

It took me seven months to get an agent when I moved to Toronto, even though I already had an acting résumé, I already had credits, I was already a part of the union. A really good way to overcome that hurdle is to take those acting classes and acting workshops in Toronto where they’ll offer, for example, weekend workshops, showcases with XYZ casting directors, and XYZ agents. If there’s an opportunity to showcase to agents, or for a workshop, definitely take that opportunity to meet agents and meet the casting directors.

If you’re just getting started in Toronto, keep a finger on the pulse.

Make sure that you’re aware of what projects are happening and reach out to the casting directors directly if you feel strongly that you’re right for it. If I see a role that I think would be great for me, I’ve asked if I can send them a tape. I have done workshops with casting directors where they say, “If we don’t know you, if we haven’t invited you for an audition, and you really think this role is perfect for you, feel free to send in a tape.” Directly mention that you weren’t invited for this, but that you know you’re a great fit for this role. But you also have to make sure your self-tape is really right. Casting directors are getting 2,000 auditions per role. So if you do reach out directly, you need to make sure it’s worth their time.

It’s a city that’s really thriving in film and TV right now and, because of that, just like any city that has a lot of projects, a lot of actors have come here. You really need mental strength. You may submit 100 auditions and not book anything, but that’s not because you’re not a good actor. It’s because it’s not meant for you. A lot of the time you come in second, you come in third, but you don’t even know because all you hear is, “Hey, we’re not giving you this role.” That’s the most important thing to know as an actor in Toronto: You have to just persevere. My personal philosophy that keeps me motivated is that the worst thing that can happen to me as an actor is that I keep booking one or two roles a year. And when I’m an 80-year-old woman, and I’m looking back at my life, I can say, I’ve been in 50 to 100 projects. That’s literally the worst thing that’s gonna happen!.

Brace yourself: Toronto is not cheap. And actors need to prepare for the financial realities.

Toronto is very, very expensive. The reality is, if you do decide to come to Toronto, you need to make choices based on your personal financial situation. If you’re going to rent a room and live with several people, for example, that’s completely okay. And don’t be shy or feel guilty about having another job in addition to acting. Because, even if you’re successful working acting out there, you’re not going to be working 365 days a year. Working three, four projects a year would be considered being a successful actor, and if you put that together, that’s like 60 days a year. That’s an actor’s dream, but the salary that generates is not enough for a person in Toronto. You need a second job. I’m a psychotherapist in addition to being an actor.

Believe it or not, you need to see the beaches in Toronto.

My personal favorite place right now is the beaches in the east end of the city. It’s a 15-minute drive from downtown, or with public transport, maybe half an hour. It’s not far from downtown Toronto, but it’s like a different place. You feel like you’re in a different city: That architecture is different, older, kind of romantic. It’s absolutely gorgeous.

Here in Toronto, we’re still doing 99.9% self-tapes at home. So you must have a good home setup for self-tapes.

Even if you’re trained, classes are crucial for working Toronto actors.

I understand if you’re an actor who has been working and you don’t think you need training. I get that, and it costs so much money to take classes. But I would still recommend taking those workshops, because it’s where you find connections. It’s where you get to showcase in front of a casting director, and that could be your ticket to getting an audition. And from that connection to a casting director, you never know what could happen. It’s happened to me: I’ve taken a workshop with a casting director who had never met me and literally, the next day, I got an audition with her. It’s possible!

Ready to start acting in Toronto? Upgrade to Premium today to access all of the latest Toronto casting calls and auditions.