How To Become an Actor in Atlanta

So you’re considering a move to the bustling production hub of Atlanta to capitalize on all the films and series shooting in the area and perhaps even make it onto the hallowed ground of Tyler Perry Studios. Or, maybe you already live in the city and want to figure out how to get started as an actor in “The Big A.” Whatever the case, Casting Networks spoke with one of Atlanta’s resident working actors to share with you some of his invaluable insights on getting started with Atlanta casting calls and auditions. 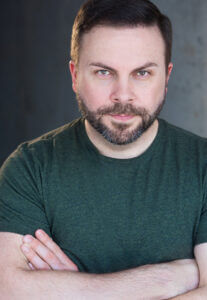 Actor Matthew Cornwell has been working in the Atlanta market for the last 20 years, accumulating credits that range from films like Christian Gudegast’s Den of Thieves and F. Gary Gray’s The Fate of the Furious to series such as AMC’s The Walking Dead. He sat down with us via Zoom to act as our local guide to the Atlanta acting scene.

Between his insights on the overall experience of residing in the city — Cornwell mentioned how much he enjoys the lower cost of living and slower pace of life compared to other production hubs — he revealed four key takeaways for how to be an actor in Atlanta, Georgia.

1. Do the right research before making the move to Atlanta.

When asked for his top tips for those thinking about moving to Atlanta for acting, Cornwell didn’t hesitate with his first piece of advice.

“Do as much research as you can before you get here,” the actor suggests. “In this day and age of social media, that’s easier than ever.”

He recommends online community groups as a good place to start, such as The Approach on Facebook, which welcomes actors from all markets but has a focus on Atlanta.

“It’s a safe space for actors to ask questions, which can be a great way to start to figure out the overall landscape before you make the decision to move,” Cornwell recommends.

The Atlanta resident also cautions actors not to overlook one crucial piece of research when gathering information about the city and its entertainment industry.

“Learn the general make-up of the films and series that shoot here,” Cornwell advises. He uses the example of how Atlanta is a prime location for actors who want to work on projects in the Marvel Cinematic Universe but not ideal for those focusing on sitcoms.

“I only know of one traditional four-camera sitcom with a studio audience that shoots here,” he notes. “So, if you think that type of show is your bread and butter as an actor, don’t move to Atlanta because we won’t have much for you.”

If your research does lead you to leap at moving to “The ATL,” the Atlanta resident recommends looking online to determine your target list of Atlanta acting agencies, pointing to the SAG-AFTRA website as a helpful resource for finding reputable representation there.

One tried and true way to get leads on landing a local agent is via your network. If you have friends already established in the area, you’re off to a good start. If your network is still a little light, Cornwell highlights a practical resource that can be a boon to building it up: training at a local acting school.

“A great way to start getting plugged in is to take a class from a reputable [acting] school here in Atlanta,” he advises. “That can help you find your community here, which is so invaluable when it comes to having a support system of people who help you level up in your work.”

3. Know the local standards for the quality of self tape auditions.

Cornwell’s take on the self taping standards in Atlanta may come as a surprise for actors from other major markets.

He points to the importance of out-of-town actors understanding the expectations surrounding self tapes once they move to the city.

“Most other markets started doing self tapes in earnest during the pandemic,” Cornwell notes. “But actors have been doing it here since 2005, and the standards that casting has for the quality of self tapes here is much, much higher.”

4. Understand the nuances of representation in the Atlanta market.

Actors coming from markets where having a talent manager on one’s team is standard practice might also be surprised to hear the Atlanta resident’s advice in this area.

“If I were to transition to LA, for example, I might first look for a manager, who could then get me plugged in with an agent,” Cornwell notes. “But that’s not the case in Atlanta.”

“A lot of local casting directors don’t like having that extra voice in the mix, especially if it’s a manager from another market trying to play hardball and demand things be done their way,” Cornwell warns.

And the long-time Atlanta actor had one last piece of wisdom to share when it comes to the nuances of representation in his area.

“There are smaller, boutique agencies in Atlanta, as well as larger ones,” he remarks. “But in terms of access to small roles versus big roles, the playing field is pretty level between them.”

Cornwell references the idea sometimes held by actors in other production hubs that, to gain access to bigger opportunities as their career progresses, the size of their agency also needs to transition with them. He uses his personal experience as an example of how that’s not necessarily the case in Atlanta.

“I’ve been with the same agent for 20 years and have never felt any need or desire to switch,” he expresses. “There’s not such a structured tier of representation here as there is in bigger markets.”

Some last thoughts on Atlanta…

Before saying goodbye to our local guide to Atlanta, we asked Cornwell for any last insights he has about the overall experience of living as an actor in “The Big A.”

He mentions that actors planning to move to the production hub can expect good BBQ, Southern hospitality, and lots of beautiful outdoor spaces.

“We’re one of the greenest cities in terms of just the sheer amount of trees, which is also why we have our legendary pollen here,” the Atlanta resident quips. “If you don’t currently experience seasonal allergies, you will once you move here.”

But pollen warning aside, the long-time Atlanta resident had only good things to say about his adopted city and the entertainment industry that calls it home. He left us with one final insight, sharing his perspective on the work-life balance found in Atlanta, Georgia.

“Crew and cast members who come into town for a production always comment on how nice people are here,” Cornwell remarks. “I think it’s refreshing that, in general, we’re not so caught up with the industry in Atlanta that we lose sight of the importance of living our lives outside of it, as well.”

About the Atlanta film industry:

About living in Atlanta:

If you want to learn about other production hubs, check out our article on how to become an actor in Houston.

If you come across Mychal-Bella Bowman in real life or on your screen, don’t be deceived. The 12-year-old thespian… Read More

New to Set life? 6 Handy Tips No One tells You

Set life has its own set of rules, and while veterans often take them for granted, walking into that… Read More