Casting Director Ellen Chenoweth’s recent work is currently on display in Causeway, a feature film streaming on Apple TV+ about a soldier (Jennifer Lawrence) struggling to adjust back home following a traumatic brain injury she incurred in Afghanistan. Chenoweth spoke to Casting Networks about how she went about casting the film, what she’s currently working on and what she wishes actors would stop doing in her audition sessions.

When were you brought on board Causeway?

Sometimes when a project comes to me, there’s a star already attached. Sometimes there’s nobody attached. With this one, Jennifer was attached, Lila Neugebauer was directing it and that was it. We had to put the rest of the cast together.

Let’s go through some of the actors. Brian Tyree Henry is getting a lot of critical praise for his role in Causeway as Jennifer’s friend, a local mechanic with his own traumatic past. How did he come aboard?

Lila knew Brian from Yale University, so they go way back. I believe Lila was an undergraduate at Yale, and he was in Yale Drama School. I had previously cast Brian in a movie called The Woman in the Window, where he played the detective. I had seen him in a lot of theater too. I don’t think we talked about many other people for that role because we were all big fans of his. He’s a great actor, a soulful guy and a soulful performer.

When you looked to cast the role of Jennifer’s mother and brother, does resemblance matter? The actress who played the mom, Linda Emond, doesn’t look much like her on-screen daughter.

There probably were some women we auditioned who looked a little more like Jennifer, but since we never see the dad in the film, Linda is believable enough. It was more about the chemistry with Jennifer than casting a tall, blonde, blue-eyed woman. The mother in this film is – I don’t want to say trashy – but not very nurturing. I had mostly seen Linda in warm, nurturing roles. She played the mom in Mike Nichol’s Death of a Salesman on Broadway, so it was a fun departure to put her in a role of a not-so-great mother. 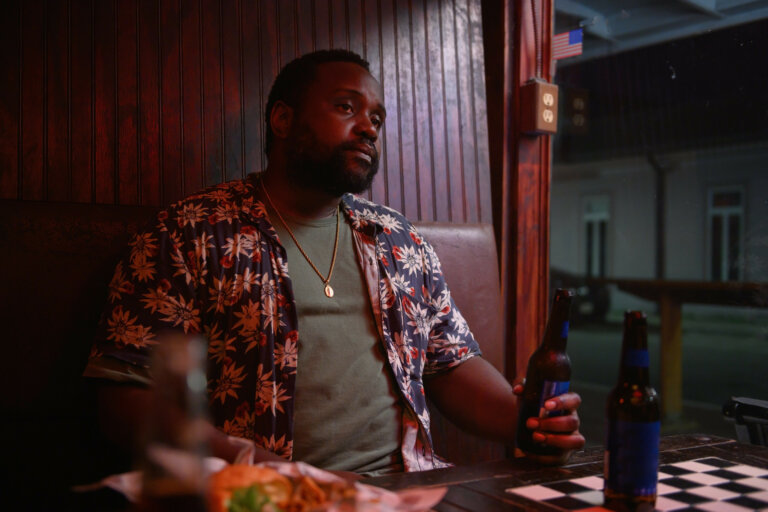 And the brother? Russell Harvard, who plays him, is a deaf actor in real life and so is the character.

We talked about different guys for the brother, and I had a little brainstorm about Russell. I had seen him in a lot of different things. He was in a season of the TV series Fargo. He had just been doing King Lear on Broadway with Glenda Jackson. I blurted out one day, ‘What about Russell?’ It was one of those things that everyone was like, yeah. The role wasn’t written as a deaf person; it was written as this messed up junkie brother whom she goes to visit in prison. It was rewritten for Russell, and Jennifer had to learn sign language to do that scene with him.

The first person we see on camera is Jayne Houdyshell, a woman whose job is to help Jennifer manage her brain injury before returning home. Knowing that this is the first person the audience will meet when they watch the film, how important is that casting in setting the tone?

It wasn’t so much about setting the tone as having a person who could nurse Jennifer’s character back to health. I made an extensive list of people I liked. We poured over it. Jayne is a Tony award-winning Broadway actress for The Humans. I also cast her in the movie (version of) The Humans. She was in King Lear on Broadway, so she was somebody that jumped out at us who would be good.

The movie is a two-hander between Jennifer and Brian. However, there was a whole other part of the film you cast which ended up on the cutting room floor. What was it?

At one point in the movie, Jennifer tells Brian, ‘I don’t have boyfriends; I have girlfriends.’ That’s the only time you get a sense that she’s gay. So there was a romance in this film, and then the woman was killed, which was a huge loss for Jennifer’s character. It was a large part of the movie and a big thing we worked on. We saw a lot of women for that role. We were looking specifically for a queer woman and we wanted a diverse woman. It was a huge, huge outreach. Jennifer read with a lot of people. My list for that part was insane. The woman we cast was Samira Wiley (The Handmaid’s Tale, Orange is the New Black). Then that whole war section was cut. 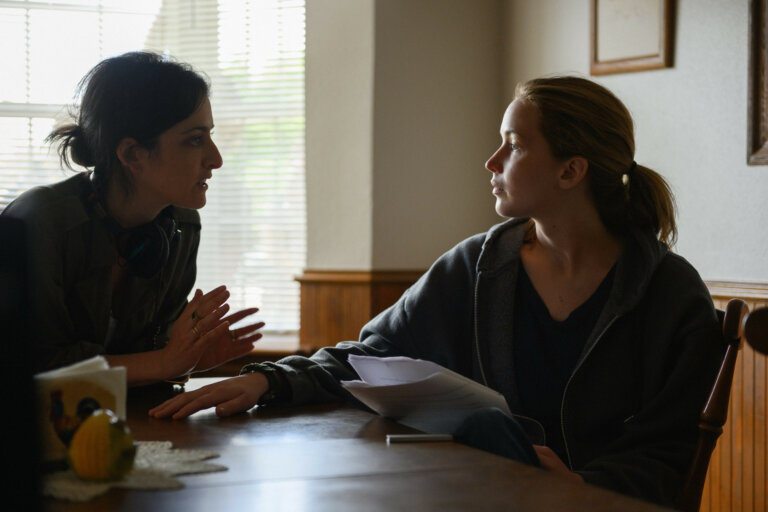 That must be so devastating for the actors. Does your heart bleed for them when something like that happens, especially since you worked on it too?

Of course it does. I think everybody’s does. Lila said it was very heartbreaking for her too. It was very painful for everybody because you fall in love with the story and live with it for so long. Samira’s agent told me Lila called Samira and told her that her whole part got cut, so that’s how I first heard about it. That stuff happens in movies, but it’s still hard to let go of these characters you fall in love with.

When you saw the final film, did that decision makes sense to you?

When I saw the movie, I understood that it’s a quiet yet devastating character piece. It’s really powerful in its own way. I think it works.

Most of the film was cast before the pandemic when auditions were held in person. Now things are different. Tell me how the pandemic impacted you.

When I first started in the industry, we would have days and days of live auditions. I would prescreen tons of people first. Then I would bring them back to read for the director. I was still doing live auditions for the Coen brothers right up until before the pandemic. By that time, some directors had already segued into watching taped auditions and then having in-person callbacks. When the pandemic happened, I didn’t work for about a year. Then when the movie business came back to life, we couldn’t see people in person, so it was all virtual auditions and callbacks.

How was that for you?

I did a movie last year with John Hamm (Confess Fletch), and we would do these Zoom callbacks where you could see both people on the screen. He would read with them, and some of the actors were in Italy, some were in New York, L.A., Chicago… It’s not the same as being in a room but we were able to adapt to it pretty well because we had to. I mean, we were in the middle of Covid. 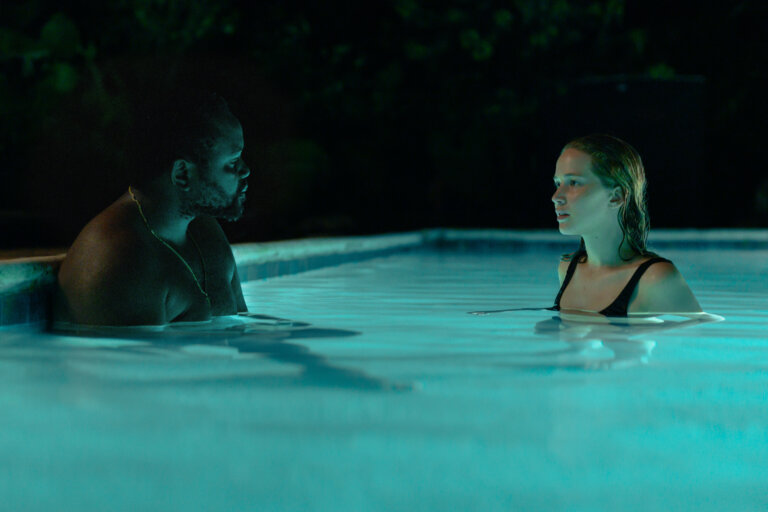 You adapted, but did others around you adapt as well?

We had to talk Ethan Coen through it because he had always done it in person with his brother. He was kind of reluctant and we had to tell him it would be okay (laughs). He got used to it. We’re currently casting a movie directed by Barry Levinson called The Wise Guys with Robert DeNiro playing two roles. We had some in person callbacks in New York and were using a hotel for these callbacks. At one point I turned around to everybody and said, ‘It’s so great to be in a room with everybody again.’ Because it had been so long. I hadn’t had real, in-person auditions since working with Joel Coen on The Tragedy of Macbeth. It was great being in the room with Barry, and Bob and the actors. It felt so immediate.

Were any of The Wise Guys auditions virtual or at least hybrid?

Barry is in Cincinnati now so we’re sending him the auditions. He’ll say, ‘Have them back and tell them this…’ He’ll give us notes to give the actors. Sometimes we resume with those actors and work with them before we show them to Barry again. Sometimes Barry will Zoom with them directly and give them notes. We’ve worked out a method of doing it that works.

Are you excited about any of the actors you’ve cast in this film so far?

Bob is playing two different parts, and he will look different in both, so we had to cast the young version of both parts. We needed two young guys who could grow up to look like Robert DeNiro, but they had to be a little different because Bob is going to look different as these two characters. I’m really excited about the two young guys we found. They’re pretty charismatic. We also cast another guy named Cosmo Jarvis, who I think is a real rising star. I can’t take credit for Cosmo because he’s already been discovered, but I’m excited for him, and this is a different kind of role for him.

What are some things an actor should never do when auditioning for you?

When we have them slate, we don’t necessarily like it when they go into a long story about themselves and their lives. We don’t need that, and we don’t have time to watch a lot of that. Another thing is I try to help actors by telling them what the director is looking for, and I don’t like it when they argue with me about that. 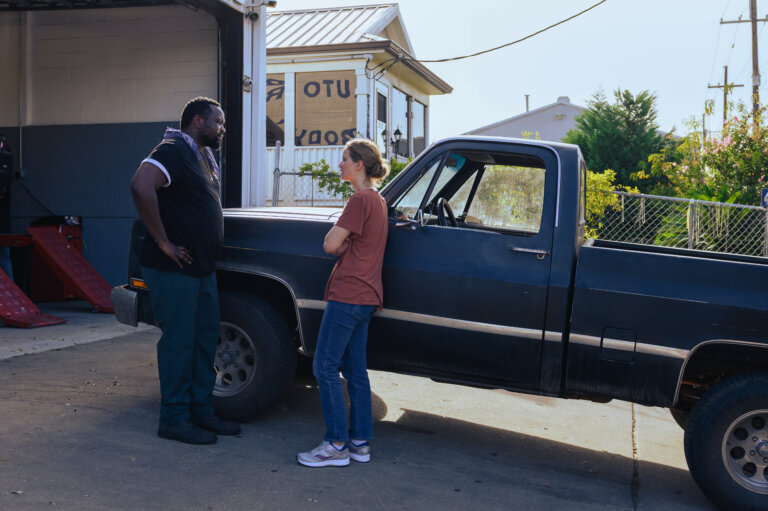 Do you have an example?

There was an actress who I personally think overacts. The director said to have her come in and do it very simply, do it less. I had her in, and she did her thing….. then I said, ‘I think you should do less.’ She goes, ‘Why did you say that? Now you’ve thrown me off. What do you mean less?’ I wanted to shoot myself because I was trying to help her get this part. That’s all you want as a casting director – to help someone get the part.

What happened after that?

I showed it to the director. He said to have her come back again and do less.

She didn’t get the part. She could not do less.