ACTING UP – Episode #15: Mark Duplass of 'The Morning Show'

Welcome to the fifteenth installment of ACTING UP, a Casting Networks column designed to call attention to standout performances in TV, streaming and film. Other than spotlighting exceptional work from recent projects, this feature shines a light on how certain actors got to where they are now. Have a peek and then check out these noteworthy performances to help hone your craft. 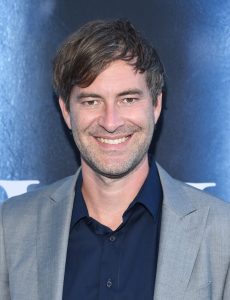 THE SERIES:
The Morning Show

THE PERFORMANCE:
In the first scene of The Morning Show, Chip Black (Duplass) gets awoken from his meditative slumber by the head of his NBC-like network to news he must fire the male co-anchor of his top-rated morning show, Mitch Kessler (Steve Carrell), over sexual misconduct allegations.

From this moment on, it becomes clear that Black will be dealing with the fallout from this (and many other unforeseen developments) in a show that’s clearly ripped from the headlines of American culture today.

Thrust into a world of the unknown, Black’s fate gets darker with each day during the season’s 10-episode run as revelations of sexual harassment and the culture of silence come to light. Throughout it all, Black tries to keep his team focused — especially when it comes to lead anchor Alex Levy (adeptly played by Jennifer Aniston in a brave departure). As he presides over a staff of many, Black, as adroitly played by Duplass, is a devoted leader struggling to right the ship amid storms of chaos and confusion, all the while evaluating his own future, his opportunistic ways, and his desire to do right.

As Black’s stress level elevates (as represented by his increasingly baggy eyes and five o’clock shadow), Duplass’ layered performance really begins to shine as he tries to keep it all together: his team, his career, his sanity. His acting talents are particularly on display when it comes to doing the political tap dance that is keeping the peace between Aniston’s Levy and Kessler’s replacement, the newly plucked-out-of-obscurity anchor Bradley Jackson (Reese Witherspoon), as she begins her unlikely stint as co-host.

But it’s when Black’s survival instinct kicks in midway through the first season — when he starts to do what he sees as necessary to save his job. That’s when his desperation gets more palpable, his chutzpah more prominent, and his character more of a centerpiece in the best kind of way as he struggles to maintain loyalties — and then ultimately, to save his job.

And he does all this while coming off as the likable kind of boss you’d want to work for because he’ll go to bat for you against sinister outside forces.

In a scene that might just get him a nomination of some kind come fall 2020, Black sits on the other end of the phone with a cagey Levy, a collapsed mess when he realizes that the co-host that he has advocated for, protected, and stood by over the years is campaigning to have him replaced. It’s a scene that is both heartbreaking and masterfully played as Black reads between the lines in their tense and rather telling conversation.

By the end of the season, Black’s been reduced a guy beaten down by several forces — including an emotionally charged scuffle in a high-rise lobby — making you feel empathy in the way only the best actors do.

THE CAREER:
If it seems like Mark Duplass, the actor, is having a moment of sorts… he is. Other than his starring role in The Morning Show, the New Orleans-born father of two also just made the most of his supporting role as Megyn Kelly’s husband (Douglas Brunt) in Jay Roach’s Bombshell, another project dealing with sexual harassment at a major news organization (Fox News). Most notably, his character was the sole voice of dissent in the room after what he perceived to be a softball interview with then-presidential candidate Donald Trump after the candidate went after his wife for her questions in the Republican primary debate back in 2016. All based on a true story.

What you probably don’t know is that the multi-talented Duplass is a doer in the most Hollywood sort of way, having written, directed and produced several films with his brother, filmmaker Jay Duplass, including Baghead (2008) and The Do-Deca-Pentathalon (2012) amongst others. When the Duplass boys aren’t doing it all by Hollywood standards, Mark Duplass just does acting — and well – having starred in shows like FX’s The League (2009-2015) and in festival darlings such as Safety Not Guaranteed (2012) and the refreshingly dark The One I Love (2014) with Elizabeth Moss. The Twilight Zone-y premise of the latter is a familiar precursor to another dark comedy involving doppelgangers, Living With Yourself (on Netflix).

Not incredibly impressed yet? The 43-year-old Duplass has also co-created shows such as Room 104 and the smart yet short-lived Togetherness, both on HBO. Note: Duplass also executive-produced one of the best documentaries I’ve ever seen, Wild Wild Country (on Netflix), about the Rajneeshpuram cult that overtook an Oregon community back in the early 1980s.