Welcome to the fourteenth installment of ACTING UP, a Casting Networks column designed to call attention to standout performances in TV, streaming and film. Other than spotlighting exceptional work from recent projects, this feature shines a light on how certain actors/actresses got to where they are now. Have a peek and then check out these noteworthy performances to help hone your craft.

For fantastic 14:  Stephanie Hsu, who portrays Mei in season three of The Marvelous Mrs. Maisel (streaming on Amazon Prime as of December 3rd) and Stephen Graham from the Golden Globe-nominated film, The Irishman, streaming on Netflix since November 27th, after a limited theatrical run. 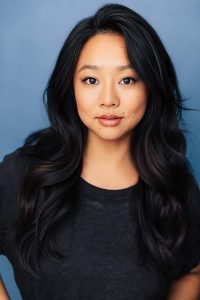 THE SERIES:  The Marvelous Mrs. Maisel

THE PERFORMANCE:
When you’re watching The Marvelous Mrs. Maisel, it’s easy to get lost amidst the period-piece sets, witty banter, and the multitude of award-winning performances from Rachel Brosnahan to Alex Borstein to Tony Shalhoub (among others). That’s the daunting hurdle actress Stephanie Hsu was faced with when she was cast as the enigmatic love interest of Joel Maisel (the Marvelous ex played by Michael Zegen) in season three of the Emmy-winning Amazon Original series.

From the moment Hsu’s Mei appears on screen — from out of the underground “gambling parlor” Joel’s upstart Chinatown bar is connected to — we meet a modern Asian-American woman who quickly proves herself uniquely non-stereotypical in her quest to raise the bar. As an antagonist (of sorts) to Joel at first, Mei skillfully shuttles between Mandarin and English, warning Joel and his partner to stay away from their illegal operation — even going so far as to bribe Joel in a funny scene using proxies. But it’s the way Mei consistently catches us off-guard with her choices that grabs your attention — and keeps it — with her quick wit proving her to be quite unlike anyone you’d expect to meet in 1960s New York.

During her 7-episode arc, Hsu proves deft at employing a deadpan delivery and smarter-than-you smirk, while seeming intrigued by Joel’s insistence on succeeding. One notable spark happens when Mei bumps into Joel at a local Chinese restaurant, joining him for dinner while immediately sending back the “digestive systems” and “feet” he unknowingly ordered. As the courtship begins, Mei starts sprinkling her magic touches into Joel’s bar endeavor. This eventually includes everything from gifting a jukebox to helping him secure a liquor license.

As with most relationships, this one takes a little turn as Mei’s proactivity strikes a certain resemblance to Midge’s early brisket bribes and micromanaging ways from season one. As a bar owner and man coming to terms with yet another strong woman in his life, Joel fights for his independence as things come to an interesting head in the last episode when Midge and Mei come toe-to-toe at Joel’s bar opening in one of the best exchanges of season three. As the two women size each other up, Mei launches the first salvo, saying, “I’m gonna be a doctor.” That is, before Midge strikes back with “I’m gonna play the Apollo.”

THE CAREER:
The 29-year-old Hsu (pronounced Shoo) grew up in Los Angeles, starting her career in experimental theater, eventually landing a role in the Off-Broadway show Be More Chill, starring as teen theater enthusiast Christine Canigula. Soon after that, Hsu got to dive into her Broadway debut as the original evil sidekick Karen the Computer in SpongeBob SquarePants the Musical.

All the while, the talented Chinese/Taiwanese-American actress has had plenty of film and TV roles, recurring for three seasons as the flirty teenage niece in Hulu’s cult drama The Path. Incidentally, while working on MTV’s Girl Code, Hsu met and worked with another Asian-American star of note, Awkwafina. This has lead to another collaboration Hsu just shot, but can’t yet talk about, for Awkwafina’s new Comedy Central show Awkwafina is Nora From Queens, premiering January 22, 2020.

Hsu graduated from NYU’s Tisch School of the Arts in 2012, where in addition to working with new SNL cast member Bowen Yang at school, she also graduated alongside her eventual Maisel co-star Rachel Brosnahan, who’s been a friend ever since. Whether she’s a “Hsu-in” for Maisel (season four) is anybody’s guess. But at this point, here’s to hoping her chances are better than a hard Mei-be. 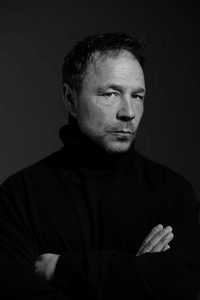 THE FILM:  The Irishman

THE PERFORMANCE:
When you’re sharing screen time with two of the greatest actors of all time in Robert De Niro and Al Pacino in a Martin Scorsese film, you have to be on your A-game if you want to be remembered as anything but a missing person. To that end, I submit British actor Stephen Graham as someone who didn’t just hold his own, but stood out amongst the perennially nominated actors, while playing Anthony “Tony Pro” Provenzano, a rival labor union boss who butts heads (to put it mildly) with Pacino’s Jimmy Hoffa, the legendary teamster boss and star of one of the most famous unsolved murder cases in the history of the United States of America.

From the moment Graham graces the screen as Tony Pro, we see one of the first faces we don’t immediately recognize as a “star” in the more conventional Hollywood sense of the word. But, as it turns out, the volatile, unpredictable Italian character is one of the more memorable faces in this movie — not to mention, the one guy who probably most resembles a character from Scorsese’s other mobbed-up movies like Goodfellas and Casino.

In one of the most memorable scenes in the three-and-a-half-hour movie (minor spoiler here so turn away if you want every element of this film preserved), Pacino’s Hoffa arrives to a meeting with Tony Pro in Miami to ask for his endorsement. What ensues is a comical yet serious repartee that reminds one of the legendary “Funny how…” standoff from Goodfellas involving Joe Pesci. It’s an ego-fueled pissing contest where Hoffa and Tony Pro debate, among other things, meeting etiquette and what it really means to show up 15 minutes late wearing a Hawaiian shirt and shorts, versus Hoffa’s more customary suit and tie.

In another memorable scene, Tony Pro and Hoffa meet up in a prison cafeteria. Pacino’s Hoffa slowly laps up his ice cream dessert, while Graham’s Tony Pro inquires about why his union pension went away (when he did) — while Hoffa’s was preserved. This may be Graham’s best scene in the film, one that escalates from relatively cordial to a bit more rowdy. It also features a moment that Graham improvised, which apparently “frightened” Pacino. It comes when Tony Pro slaps Hoffa’s ice cream out of his hand — a move that neither Pacino nor Scorsese knew was coming, according to this article.

THE CAREER:
Although the 46-year-old Graham may seem like a new face to many, The Irishman is actually Graham’s third collaboration with Scorsese.

The first time he and the Oscar-winning director teamed up was in Gangs of New York (2002) where Graham played Shang, a gang member in DiCaprio’s crew. The next time was for HBO’s Boardwalk Empire (2010), where Graham played the infamous gangster, Al Capone, across the show’s five-season run.

Scorsese directed the pilot for the series.

Beyond those memorable roles, the actor from the small England town of Kirkby, Lancashire, is probably best known for his role as Andrew “Combo” Gascoigne in the British film, This is England (2006), where he played a white supremacist.

Interestingly enough, Graham got an unexpected break when he showed up to support a friend at an audition for Guy Ritchie’s Snatch (2000), as the story goes. That’s where Ritchie saw Graham, reportedly liked his face and then offered him the not-too-small role in the film as Jason Statham’s sidekick, Tommy.