My Casting Story: Wyatt Walter on ‘Killing It’

In case you missed it, Peacock recently dropped a new Craig Robinson-led original series centered on snake hunters in Florida chasing a $20,000 cash prize, and we wanted to talk with one of its breakout stars. Wyatt Walter virtually sat down with Casting Networks to share about his role as Corby in the new comedy series. Keep reading for a window into the casting story behind the actor’s big break.

It’s great to virtually meet you, Wyatt, and before we dive into your casting story, I’d love to hear how you’d sum up the character of Corby.

Corby shifts a bit as his character arc progresses through the series. He starts off as more of a typical teenager who doesn’t want to hang out with his dad, an aspiring YouTube wilderness survivalist guy named Brock [Scott MacArthur]. Corby’s kind of being dragged along as Brock’s cameraman at first, but he eventually sees his dad’s passion for the work and starts rooting for his father to succeed. So, the character ends up being very family-oriented, which isn’t something you would necessarily expect from a teenage boy. 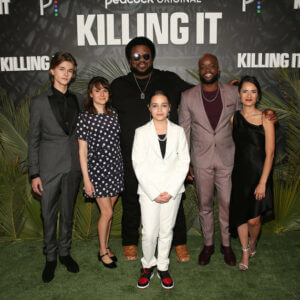 It sounds like a fun character arc to get to play. And what can you tell us about the process of booking the role?

Well, the audition process was fairly standard — my wonderful agent, Danita Florance, sent me the audition. The amazing Michael Nouri was my coach and really helped me figure out the right physicality. I believe this is a really important aspect of any audition because it helps casting picture you in the role. So, I did the audition, received a callback one week later, followed by a chemistry read with Scott MacArthur about a week after that. Casting ended up telling my agent that they were looking for somebody around 12 years old or just a little over that age. At 18, I was pretty much past that window, which was fine. I was grateful to have had the opportunity and put it out of my mind, since I didn’t think I was in the running for it anymore. A friend from North Carolina came to visit around that time, and we drove an hour and a half to San Bernardino County on a day that was supposed to be completely free with nothing on the books. We were going to hike in an old abandoned mine shaft called Big Horn Mine on a trail that was supposed to take about four or five hours total. We became lost and since there was no cell service, it ended up being about nine hours before we made it back to the car.

[Laughs] That is a very real hiking moment and one to which I can definitely relate.

Right? So, we were pretty exhausted by the time we finally returned back to the car and started driving home. Along the way, we finally hit cell service and my phone just started blowing up. I had a ton of missed calls from my agent, as well as from my mom. She told me I had booked Killing It, and then because I wasn’t responding, I also had a few “wellness check” voicemails from my mom regarding my safety. [Laughs] It was funny that the news came on the one day I was off the grid for a bit, but it made for a good story. I later learned that one of the show’s writers, Carmen Christopher, was a big reason that casting went back and reconsidered me for the role, even with the age difference. He told me that he’d really liked my audition and pushed for me to be on the show, which I was grateful to hear. 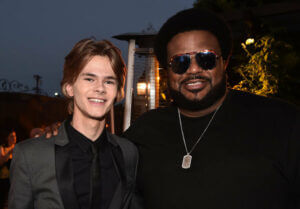 That had to feel good.  And then as far as your onset experience, you posted some fun behind-the-scenes content on your Instagram page featuring your Killing It castmate Scott MacArthur. Can you share a little bit about filming the new Peacock series?

It was really fun, and even offset, it felt like a little family. I would finish shooting for the day — just chilling in my hotel room — when I would get a call from Craig saying everyone was going out for dinner. I would immediately respond, “When and where?” [Laughs] You know, I’m not saying no to that. Craig also gave me a lot of good advice during the shoot, and I’ll never forget one thing in particular. He sat me down and told me that no matter how big a person became in Hollywood or how much money they made, they always had an obligation to stay kind. Craig said that no matter what — even if I became the next Leonardo DiCaprio — it was my job to remain humble and kind. So, I definitely took that to heart.

I love that he shared such a positive and valuable insight with you. And before we wrap, can you tell us how playing Corby on Killing It has impacted your career so far?

It has definitely boosted my confidence, which my coach actually noted. He pointed out that I’m not afraid to take risks with my choices now in ways that still really work with the script. I learned that from watching Craig, whose ability to ad-lib is just insane. He would add sometimes 40 or 50 lines to a page — just off the cuff — but everything he would say made sense and was funny. So, I walked away from Killing It with a greater education that came from observing Craig at work, in addition to more confidence in my own abilities. By that, I don’t mean cockiness — just confidence. 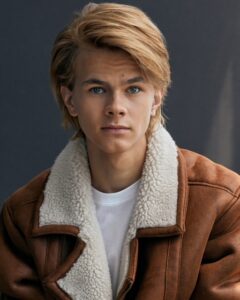 Walter’s casting story comes with some inspirational takeaways for actors, whether they note the unpredictability of an industry that could offer a big break when it’s least expected or the importance of staying kind no matter what level of success is achieved. And those who want to keep up with the actor’s journey after his breakthrough performance as Corby on Killing It can find him on Instagram as @wyattraywalter.