Dale Dickey is a character actress known for portraying hardscrabble-type supporting roles on shows such as Breaking Bad, Justified, and Shameless and films like Winter’s Bone, which earned her a best supporting female Independent Spirit Award nomination.

Now, Dickey is starring in what many say is a career best performance in writer/director Max Walker-Silverman’s indie feature A Love Song. Set at a campground in the rural West, the film follows Faye (Dickey), a middle-aged woman who nervously awaits the arrival of a former high school flame (Wes Studi) whom she has not seen in decades.

The Los Angeles Times says the film gives Dickey “the long-overdue role of her career,” while Rolling Stone writes hers is “the sort of performance that makes you stop taking great actors for granted.” The Wrap praises Dickey for stepping “into a rare lead role, a showcase of hardwearing grace and the best of her decades-long career on screen.”

In an interview with Casting Networks, Dickey spoke about her relationship to the casting process (“My history with casting is up and down”) and how Love Song was not something she had to audition for. Rather, it came about when Walker-Silverman sent her a note saying how much he admired her work and had written the role specifically for her. (“Who the hell am I to get this letter and this opportunity?”). She also discusses her upcoming role on the new Amazon series, A League of Their Own.

A young director sent you a beautiful note with an offer to play the lead in his indie film. How did that make you feel?

It was incredibly beautiful. Even with just the letter, I wanted to do the film. Then I read the script, and I was like, whoa, I have to do this role. What a great opportunity and challenge. I didn’t have to audition, even though I still audition for most things. So when you get an offer, it’s almost a scary thing. Like, I didn’t earn it, they didn’t see my work, how do they know I can do it? But with Max, it was different because he followed my career and knew that I could play what he was writing. I lucked out with this one.

A gorgeous letter with a wonderful script is a great way to dive into a project. Were there any reasons to turn it down?

At that time in my life, the only case to say no was because Covid was in its heyday. I was doing a play in L.A. We closed on March 8th. The last two weeks of the play, people were canceling because they didn’t want to be in an intimate theater. No one was wearing masks yet. When Max called me, it was that insecurity of, “Will we ever work again?” Luckily, Love Song was filmed outdoors, it was a small cast, and it was Covid-safe. But I told Max, “I will not get on an airplane, period.” That was my one concern because there were no vaccinations yet. So I drove. It was an 18-hour drive, but it was great preparation for Faye. That was the solution. I was eager to work, and I was thrilled to have a job.

I don’t think we’ve seen you with that much screen time in one sitting!

You have not! That was the terrifying part for me. I can be very self-deprecating, so I was like, “My big old crazy face in every frame? What? With no dialogue?” That’s why I had to take it. It was a challenge. I’d never been given that opportunity. I’ve done tons of leads on stage, but not on film. This was a whole different focus.

Since you still audition, what is your preference? In-person or self-tape?

I hate self-taping, but I do my best. There is a lot more I don’t book than I do book. I miss working with casting directors in person. I love casting directors. They have been my champions from the beginning. I can name countless ones who kept me in their files. I’ve had some great ones that (during an in-person audition) were like, “Simpler, Dale, simpler. Bring it down.” They knew they could get me there. If the casting director sees that you have talent, they can give you an adjustment if you didn’t make the choice the director wants the first time. That gives them an idea of what you’re going to be like to work with, if you can take direction, if you’re going to be difficult or not.

Let’s go back in time to your early days auditioning. What was your experience during those nascent years as a young actor?

I came from theater, so I moved to New York after college in ’84. I was there for 12 years. I couldn’t get an agent because they didn’t know what to do with me. “You’re not pretty enough this way.” “You’re not weird enough this way.” It was mainly me doing it on my own. I went to every open call — this was all for theater at the time. There was very little filming in New York back then. I’d meet casting directors from Playwrights Horizons or people that did big regional theater or Broadway. The casting directors would say, “Wow, we like your work; why don’t you have an agent?” At that time, agents wouldn’t sign me. They’d hip pocket you instead. 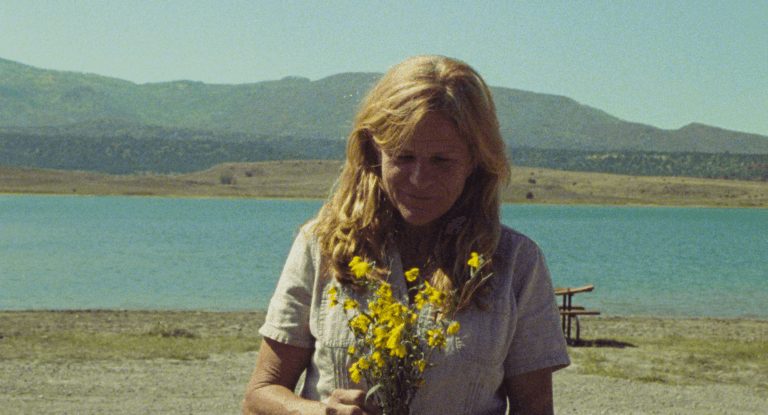 Were there any casting directors that championed you?

They would always say — which was typical — “I’m going to file your photo; we’ll keep you in mind.” But you know what? They did. There were certain casting directors over the years in New York that became champions of mine. The same thing happened when I finally moved to L.A.: Janet Hoskins, Heidi Griffiths, Rich Cole. Oh, I’m going to miss some! Libby Goldstein, Junie Lowry-Johnson, Scott Genkinger, Mara Casey…. There’s a myriad of people that I knew if I was going in to see them, they were fans of mine, and the role was something I was right for.

Your IMDB has over 130 acting credits, from projects like a Cagney and Lacey TV Movie in the mid-’90s to the upcoming Amazon comedy series A League of Their Own. That’s not even counting your theater work! Looking back, what do you consider some of your milestones?

Going back to my New York days, in 1988, I ended up in Chicago for the national production of Steel Magnolias. I had waited tables on Robert Harling, the playwright. That’s how that came about. He wanted real Southern actors. I auditioned. That was my first big theater job. I got a Broadway play — it was with Dustin Hoffman as Shylock in the British Merchant of Venice. I went to an open call and got it just because I had Shakespeare training. Then Christy was the first TV show I did back in the ’90s, which I had a recurring role for CBS.

You have worked with Sean Penn and Debra Granik twice. It must be nice to be asked back by a director. It’s every actor’s dream, isn’t it?

It’s very true. I look at Wes Anderson, or Ryan Murphy, who have these ensembles of actors, which is like theater where I come from. I adore that. I’m like, I want to be a part of that! To be asked by a director to work for them again is an honor and a pleasure. Sean Penn — bless his heart — I adore that man. Mr. Penn cast me in 2000 in his film, The Pledge. I auditioned for him. I was like, “What am I doing auditioning for Sean Penn? What’s happening right now?”

What was happening there?

I was with a small boutique agency. I go in to meet Don Philips, the film’s casting director (who passed away last year and had worked with Penn since the ’80s). He goes, “We don’t see new people. We use the same agencies. We use the same people. But your agent kept sending us your picture saying you’ve gotta see this girl.” He told me he looked at my résumé and saw that it said way down at the bottom that I went to the University of Tennessee. He told me he was on a basketball scholarship back there in the ’60s. Then he goes, “I don’t need you to read. I see your résumé. You can act. I’m gonna have you come back and read for Sean.”

So I had a callback with Mr. Penn. At the end of my audition, I remember Sean holding up ten fingers. I didn’t know what that meant. He goes, ‘That means you get a ten. Do you want to be in my film?’ Had Sean not cast me in The Pledge that year, I might have lost some faith (at that point in my career.) Then I didn’t see him again or talk to him for 18 years when he called me out of the blue to play his mother in Flag Day. I think the world of that man. 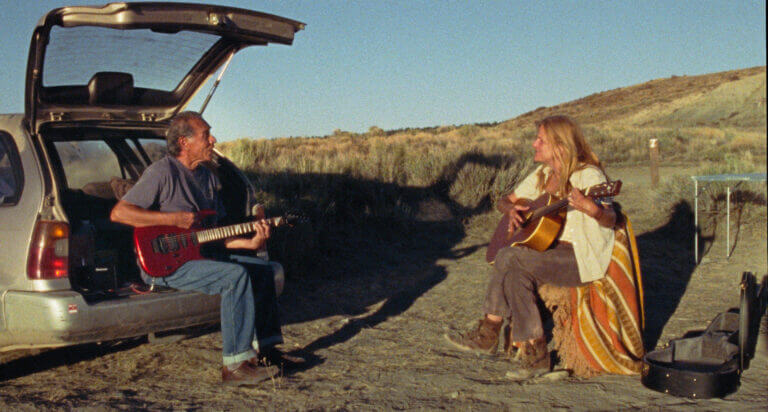 You appeared in Iron Man 3, which is probably the biggest-budget feature film on your réesumée so far. What was that audition like?

The audition was very secretive. The original sides I got were not what my character Mrs. Davis says in the movie. They do not give you the actual sides. I just lucked into it. Ironically, as it happens in life with a journeyman actor like myself, you never know when the work is gonna come. That was a big film, and I’d never done a big film before. Robert Downey Jr. — what a gentleman. I’m very grateful.

Since you tend to play a specific type, did you ever resent being typecast?

I learned years ago that you want to be typecast. Casting directors have so many people to look at. Producers have very specific looks. They want to see what you offer the most, what you’re best at. For me, that was Southern roles. It was in my heart and my soul. That was my calling card. I’ve gotten many wonderful, hardcore, rough roles. If that’s what’s gonna get me the work, great. I’m never going to be the pretty princess or the leading actress. At first, it bothered me. But then it was like, no, be grateful you’re getting work. And when people offer me the opportunity to branch out, it’s a miracle. I love it.

Amazon’s A League Of Their Own is coming out this month. It’s a streaming series based on the classic 1992 period film about a female baseball team. How was working on that?

I play the girls’ chaperone. They’ve expanded the story in more socially and politically correct ways, but it’s still about baseball, because that was at the heart of what these women wanted to do. I think the show is tremendous, and I’m proud to be a part of it. It’s a brilliant cast. I love those girls, but I could never chaperone them in real life. Too much chaos!

A Love Song is currently playing in theaters. A League of Their Own begins streaming August 12 on Amazon Prime Video.