Justine Bateman may be forever known to some as the teenage Mallory Keaton from the ’80s sitcom Family Ties and the older sister to actor Jason Bateman. Now, the elder Bateman sibling is getting a different kind of recognition—filmmaking.

Bateman recently made her feature directorial debut with Violet, starring Olivia Munn as a Hollywood film executive who puts on a public face of having it all together. However, inside, Violet is consumed by negative thoughts—voiced by Justin Theroux—that hold her back personally and professionally.

The film, which Bateman also wrote and produced, had its world premiere at SXSW Film Festival in March this year, before making the rounds at other high-profile festivals, including Toronto International Film Festival in September. Violet was released theatrically on October 29 and will be available on VOD on November 9.

Bateman spoke to Casting Networks about crossing over to the other side of the camera, what she looks for during the audition process, and casting Violet, and she shared plenty of stories from the casting trenches. Throughout the conversion, she dropped all sorts of helpful tidbits for actors, from audition expectations to “offer only” solicitations.

“Write what you know,” goes the famous saying. How much of this story is autobiographical?

Having been an actor years ago informs my abilities as a director and as a writer. I would consider myself an expert at getting from a life of fear-based decisions to a life that has a lot of instinct-based decisions. Once I discovered that particular map for me, I wanted to share that map with others so they could be more themselves. 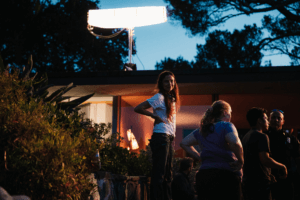 Did you ever consider playing the lead role of Violet because you knew that map so well?

No. Acting was very good to me for many, many years. Then in about 2007 or so, just everything shifted for me. It became all about writing and producing. Then the timing felt right for directing, which I’d wanted to do since I was 19.  Some enjoy directing themselves, but those are two very different disciplines for me. I don’t want to do them at the same time. Acting is not on my agenda and hasn’t been for a long time.

When you set about casting this film, did you feel like you had more sympathy towards actors coming in to read for you, having been in their position, standing in front of casting directors?

I wouldn’t call it sympathy. I have expectations. I expect the actors to be at the very least familiar with their lines in an audition or to have memorized them. I was casting Violet in 2019 before the shutdown. We were doing a lot of video auditions as the first round of casting. The ones where it didn’t seem like the actors put a lot of thought into it, within two seconds of their audition, I moved on to the next one. 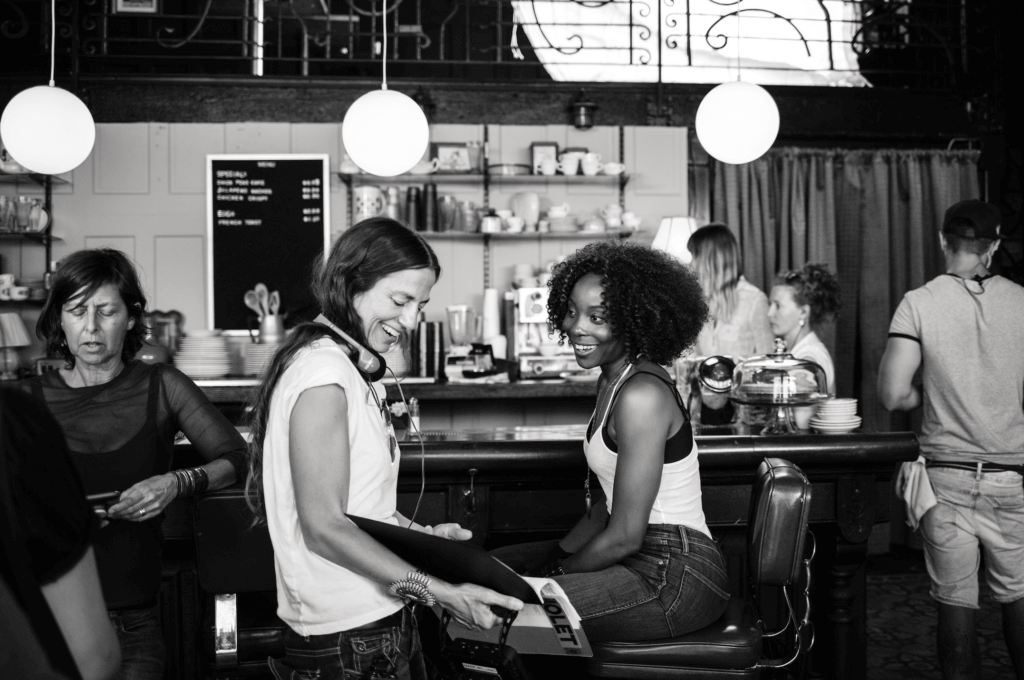 Are there specific criteria or expectations you are looking for during the auditions?

To me, your punctuality at the audition, the way you’ve prepared the material, the way you’re dressing indicates what you’re going to be like to work with on set. If you show up late, or you don’t know your lines or seem like you don’t care, it means you will be that way with my film while I’ve got crew members on set, investors’ money, all of us hoping you can bring to the party what you’re supposed to bring.

So yeah, I expect the actors to break down the entire script, know all the subtext and beats, and where that character fits in with the whole story. If anything, I expect a lot more because I’ve done that job. I know what you’re supposed to do. If you don’t do it, I find it disrespectful to everyone else on the set who has done their homework.

Incredibly, there are so-called actors who do none of that!

It’s a job. It’s an art form. I feel like if you have decided to try this art form and/or are gifted in this art form of acting, you have to take it seriously. Yet, there are lots of people working as actors who don’t take it seriously. They think it’s about looking a particular way, standing on their mark, and saying some words. That’s not what the job is. If, as an actor, you’re not trying to do the best job at that art form every time you get on a set, I don’t know how you have a SAG card. You have to respect that art form. You are emotionally taking the audience through a project. That’s a pretty incredible job to have. 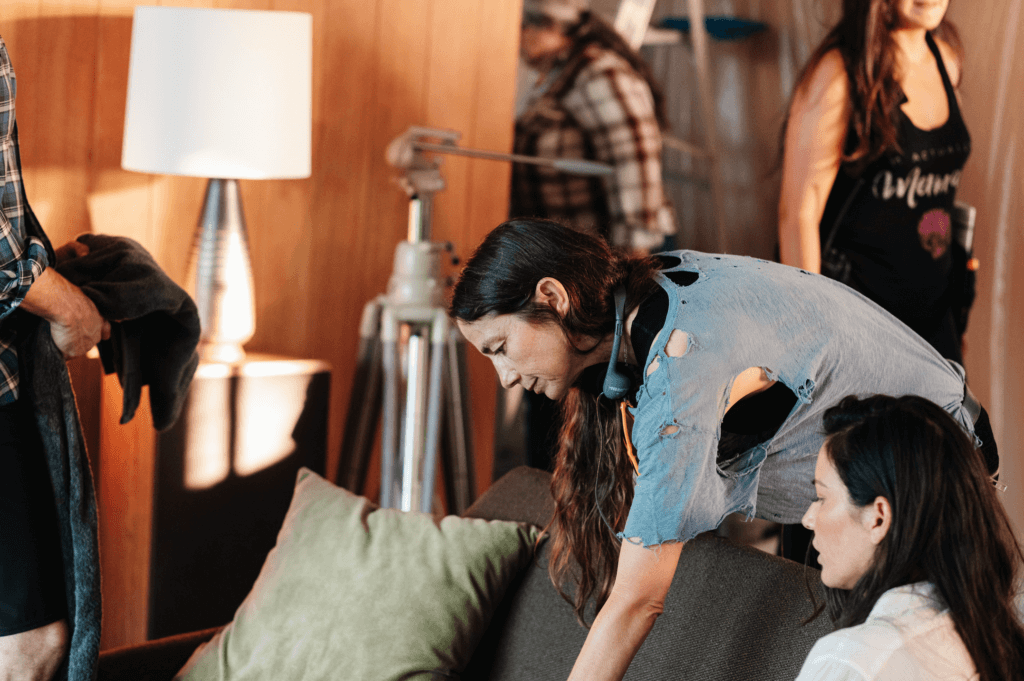 Many first-round auditions are on video. How do you decide who moves on?

I look at their video, I look at their work, I look at their audition, I look at their social media videos, I look at interviews they’ve done. I do this because I’m trying to get a complete picture of what components or characteristics this person has, if they match what I need for the character, and if I feel like I can tease those out and expand them. Then, anybody that I liked from that first round, I bring them in in person.  But I send them all a note beforehand and say listen, you’ve already won. The fact I’m bringing you in means I want to work with you. So if I’m not using you on this particular project, maybe it’ll be something else, so let’s meet. You won. You’re in the corral now.

What other things do you look for during in-person auditions?

If you’re meeting over Zoom or FaceTime, there is a chance the person is reacting to themselves or their phone. You don’t know yet how they are going to respond to you in person. I need to know what the vibe is in person and if we will work well together. Also, I need to feel like, “Is this the right person for this part?’ Again, it might be somebody like, “wow, I really like you, but you’re not right for this part, but maybe I’ll use you in something else.” In any case, you’re already in the group. 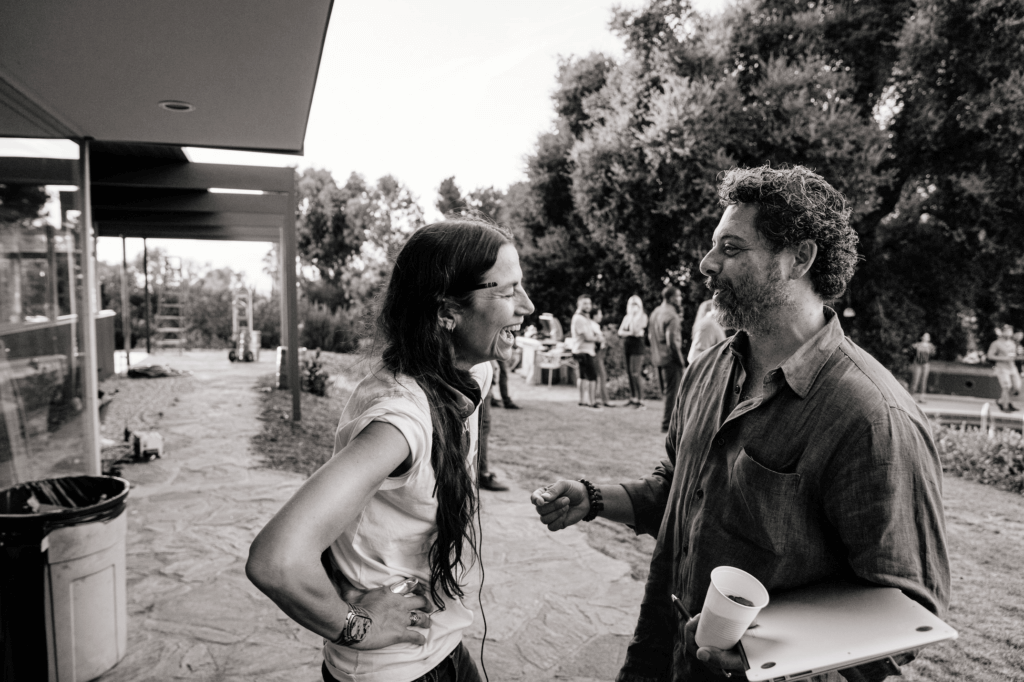 Was it important to cast for the role of Violet first and then build everyone else around her?

I had to get the lead before I cast the rest because I needed to know what those combinations would be like. I can’t have all the combinations work off a secondary character, especially in this story.  But the one part I did already cast was the part of Connie Campos, played by (legendary Hollywood staple) Colleen Camp. That character is based on her. That little sequence of scenes in the film at a Hollywood house party is based on a party I went to at her house. So that was always going to be her part. No one else was going to play that. 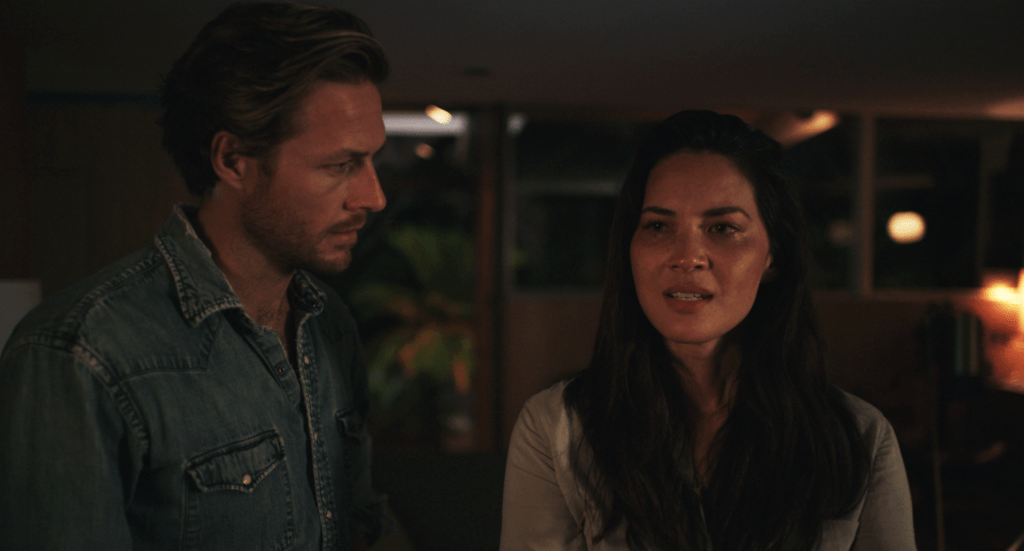 What made you decide on casting a male voice (Justin Theroux) as the negative voice in Violet’s head?

It had to be. Like I mentioned before, years ago, I made a lot of fear-based decisions. One of the things that helped me was thinking about my negative thoughts as if somebody else was saying them to me. Then I could think of those thoughts objectively and see that they were lies. So I wanted to give that to the viewer. If somebody else is saying these things to you, you can ask follow-up questions. You have a little bit of doubt. I wanted The Voice to be as different from Olivia as possible in gender, tone, etc., to help the audience think about negative thoughts as something outside of themselves and see that they are all lies.

How did you go about casting your lead actress, Olivia Munn?

I know what I need for the character, and I look for those characteristics in actors. As I said previously, I try to look at different videos of them, from interviews, social media, their work, everything. If I see enough of the characteristics I need, whether they’re subtle or obvious, I know they’ll be right for the part.

A lot of it is just having a feel for it. Like when you’re apartment hunting, you know some absolutes. You know you need it to be in a particular location. You know you want a wood-burning fireplace, etc. But you don’t know until you walk into the place and go, this is it. This is the one. The thing about Olivia, I saw these characteristics—some more subtle than others—in the work that she was doing. And I was like, yeah, that’s good for Violet. I have a lot of confidence in my ability as a director, so if I see enough of those elements in an actor, I know I can tease it out and expand it. Olivia gave herself to the role, and it worked out. 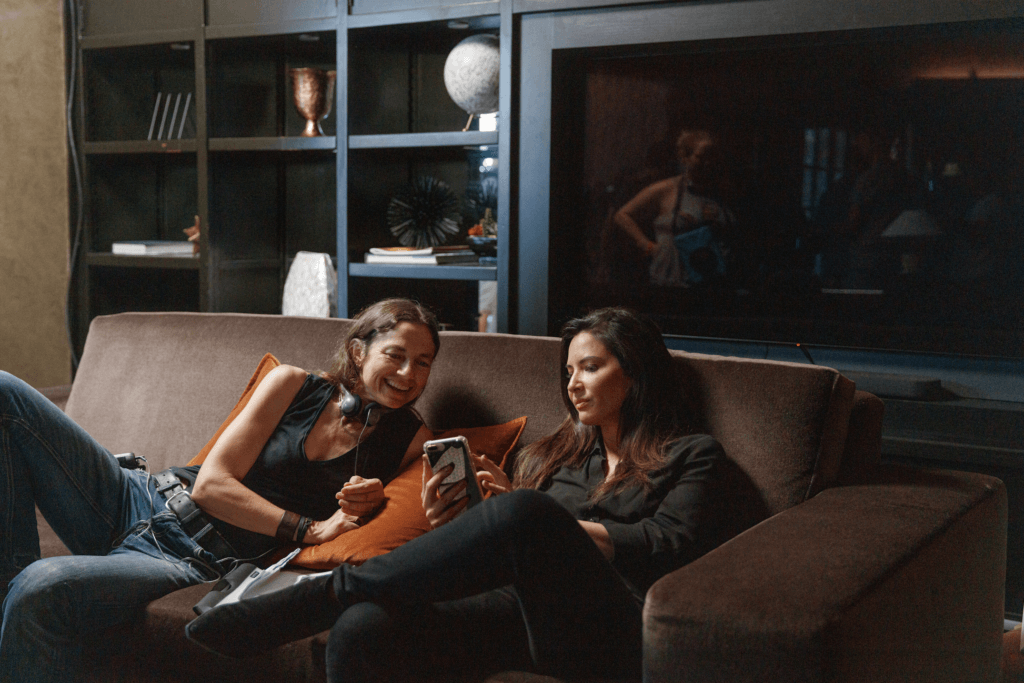 When does someone audition, and when is it “offer only?”

When you’re an actor of a certain level, it’s going to be offers. But here’s something I will tell actors. If you have an opportunity to audition for a project that you really want to do, do not let your representatives tell people that you are offer only.

I had lesser-known actors up for other parts in the film whose representatives told me, “This guy’s offer only.” I would say, “Really? He’s only done, like, three films.” And they were like, “Yeah, but he’s hot right now.” “Okay, but I don’t know enough about his work. I need to meet him and see an audition.”  “You can meet him if you make him an offer.”

How did you handle that?

I said, “Then he’s not going to be in the running for this at all. And I hope someday your actor knows that he didn’t get a chance to not only be in this film, but to meet me or some other filmmaker, and to build those relationships.” So frankly, it is a bad idea to, early in your career, say that you’re offer only. Because what it says is, I don’t really want to work.

What casting directors did you work with for this film?

I worked with Orly Sitowitz and Stacey Pianko. They were fantastic. Orly, in particular, was very honest about who was a get and who wasn’t. Get to know your local casting directors because when you have a lot of parts to cast, sometimes you’re like, who do you have, who do you like, who have you seen lately? I did comb through IMDB and made my lists, but it’s helpful when the casting director is like, “Hey, I know this one person, I think they’re right for that part.” Then I can check them out, and maybe it’s “Great, they’re it,” or “Let me meet them in person,” or “No, they’re not right for this part, but thanks for letting me know, because maybe they will be good for something else.”

Shakespeare 101: Breaking in the Bard

Shakespeare isn’t everyone’s cup of tea. But for those who veer away because it seems intimidating or stuffy or… Read More

Josh Murray is an actor known for his work in films such as Darnell Martin’s Wish You Well, National… Read More