With almost 10 years of casting experience and names like “Star Wars: Episode VII – The Force Awakens,” “Bates Motel” and “Sleight” under her name, Jessica Sherman is a seasoned pro in the audition room. Her track record lends itself to helping actors overcome common stumbling blocks as well as letting them know how to stand out in the casting process. Sherman took the time to sit down with Casting Networks to share some valuable advice. 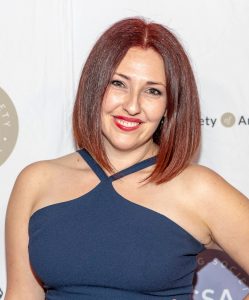 What are common mistakes you often see actors making in the room?

“I think the big one for me happens before they even come into the room. It’s a lack of knowledge of the casting process. The idea to keep in mind is that by the time you book the role, especially for TV roles, there’s been approximately 30 people that have had to sign off to say that you’re the person. So the best person may not always be the one who gets the role. The person that everyone can agree on gets the role. Having that background information is a huge asset to actors because it kind of takes the pressure off a little bit as far as their experience in the room.

It’s also important to keep in mind that the relationship between an actor and a casting director is a long-term one. If you come in with that mentality, every audition is not so precious and not so stressful. There’s a clear difference between somebody who comes in with a sense of desperation and someone who comes in to do the work and have fun with the opportunity. And if someone is fighting direction or just not being a pleasant human being, I probably won’t want to bring them in again. It’s our job as casting directors to create a safe environment in the room, and it’s your job as an actor to bring in a good energy with you.”

What’s something an actor can do in the audition to stand out in a positive way?

“Be aware of your surroundings. We’ll usually keep a chair in the corner of the room in case actors want to use it as a tool; they don’t have to use it. But sometimes actors will walk in and go sit on it … in the corner. It’s just a nerves thing, but how you handle those first few moments in the room will showcase whether or not you’re new to this. Make sure to ask any questions about framing at the beginning of the process. If you’re planning on sitting down or standing up in the middle of the take, let the camera person know so they don’t panic in the middle of the audition because they weren’t prepared. Introduce yourself and show value to every single person in the room. Those simple things go a long way. As far as the actual audition, it’s mostly just about listening. You should listen to the reader when you’re in the scene and then listen to the direction given about it.”

Do you have a favorite casting story you can tell?

“There’s an actor named Ross Philips that I’ve seen I don’t know how many times, and I’ve never been able to book him. It was just never hitting for some reason. When I worked on ‘The Force Awakens,’ he made this great video where he kind of petitioned to get an audition. It wasn’t pushy at all, just very charming and funny. And because he did it, we brought him in. He didn’t book the role, but on the last project I worked on, I showed my producers that video before he came in. So they already loved him, and then he did a great job throughout the audition process and booked the role. I think this is one of his first leading roles, so I’m super excited for him.”

With Sherman’s advice in mind, you can bring the right mindset to your next audition. Walk into the room ready to have fun with the opportunity and take direction. Capitalize on the first few moments by taking in your surroundings and demonstrating that you’re not new to the process. And remember the takeaway from Sherman’s story: casting is rooting for you to succeed.