Actress Kathrine Narducci has had a whirlwind of a year. She starred as Joe Pesci’s wife The Irishman and her Epix TV series, Godfather of Harlem, has been renewed for a second season. Now she appears in two projects, the first being the HBO movie Bad Education, where she plays a lonely mother who tries to make a move on the school superintendent, played by Hugh Jackman. The second is the feature film Capone where Narducci plays the mobster’s sister. Capone is an upcoming biographical crime film written, directed, and edited by Josh Trank, with Tom Hardy starring as the notorious gangster Al Capone. Originally intended to have a theatrical release, it is scheduled to be released on video on demand by Vertical Entertainment on May 12.

These latter two parts, although small, are important for Narducci.  With Capone, for example, she continues down the Italian or mobster related path of roles that have made up the bulk of her career. This includes everything from playing Robert De Niro’s wife in A Bronx Tale to her six-season role as Chamaine Bucco on The Sopranos to the aforementioned Irishman and Godfather of Harlem, among others.

With Bad Education, the role is a welcome departure for Narducci, since the character is not based in any type of ethnicity or of mob life. “I connected to the sweetness of this woman,” said Narducci. “I am like this woman more than any character I’ve played in any gangster movie.”

The actress sat down with Casting Networks to discuss her work, her audition experiences and overcoming stereotypes.

You’ve had a crazy year with The Irishman coming out and doing the whole awards season, including attending the Oscars. With such an iconic cast, it must have been a dream job to work on the film.

It was amazing. Those scenes in the car took a long time to film – weeks! To be in that car every day with De Niro and Pesci, and being directed by Scorsese, that’s any actor’s dream job. I’d go home every night and pinch myself.

Bad Education has nothing to do with being in the mob or being Italian. Yet, it’s ironic that you and two of your Irishman co-stars, Stephanie Kurtzuba, who played De Niro’s wife, and Welker White, who played Al’s Pacino’s wife, also have minor, but memorable roles here. How did that happen?

In the case of Capone, there was no casting director involved for you, right?

That’s right. Director Josh Trank is a friend, so he gave me the role. 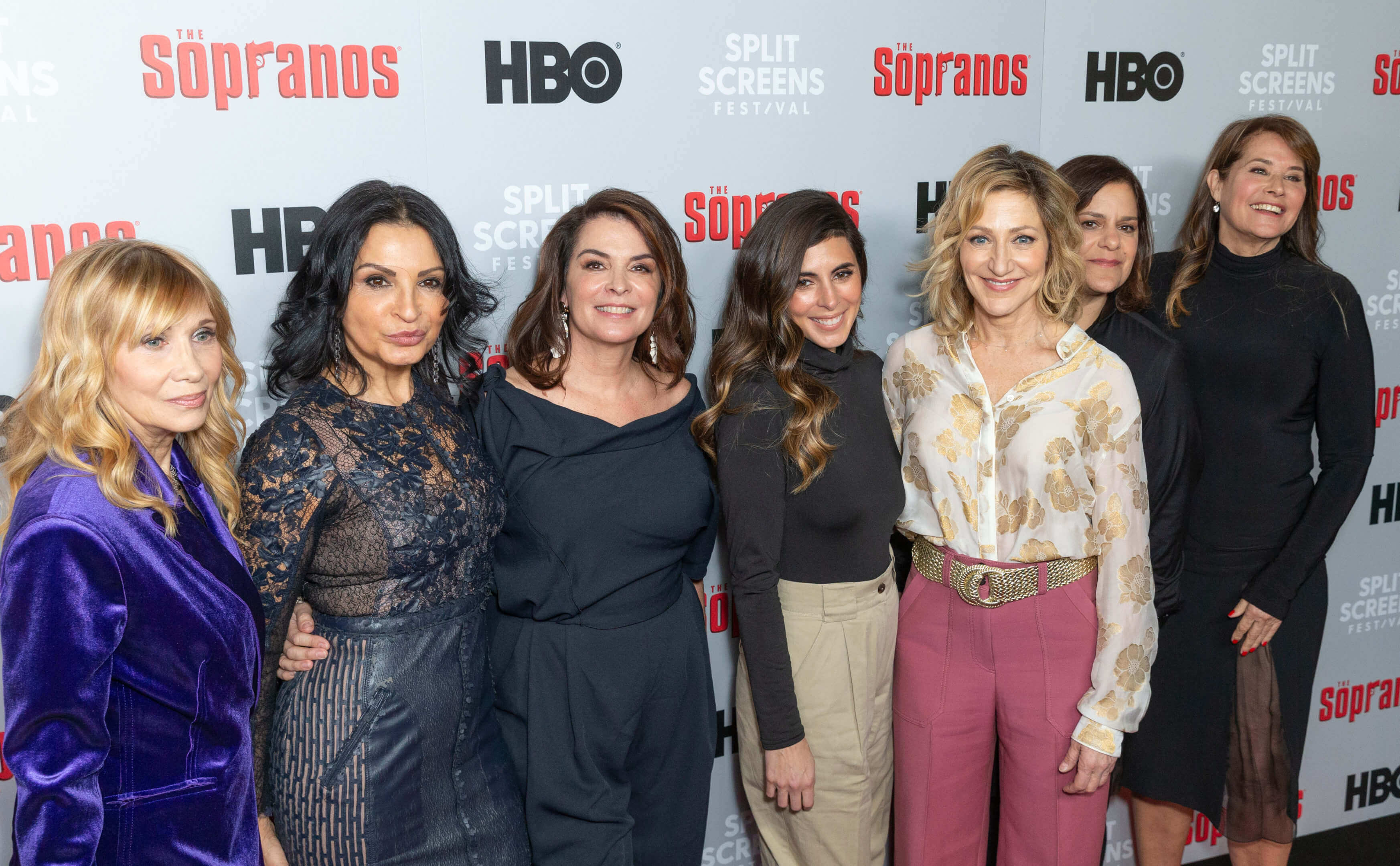 Your first-ever acting role was in the 1993 crime story, A Bronx Tale, which put you on that Italian mobster track. Was that a blessing or a curse?

It was my very first role, and it was a double-edged sword. On the one side, I got to play De Niro’s wife in a movie, but on the other, from that day on, casting directors looked at me only as mob, mob, mob, Italian, Italian, Italian. Any time I do something where it’s not mob or Italian, the reaction on people’s faces is priceless!

The casting process must be very frustrating at times.

About five years ago, I was sitting in front of a casting director and saying, ‘I would love to play (a certain role)’ and she said, ‘You can’t play that. You would never be cast as that.’ She shut me down. It was like somebody took a knife and put it right in my heart. Then she said, ‘Why do you look a gift horse in the mouth? You should appreciate it; you made a living off that.’

Wow, that’s pretty harsh. How did that make you feel?

First of all, I was so insulted. Like, you’re talking about my character, like I wouldn’t appreciate every mob role I’ve ever had. I thank my lucky stars for every job I ever get. I say. ‘Thank you, God, for letting me work in this business.’ I’m always so appreciative of it.  Secondly, that’s like saying to Andy Warhol: Just do Campbell Soup cans for the rest of your life. That’s it. And don’t ever look a gift horse in the mouth, because that’s how you make your money –  off those Campbell cans. Even though you’re an artist, you won’t ever be allowed to paint anything but Campbell cans.

You make a valid point.

I mean, I wanted to tell that casting director: what if you were told you would only cast mob movies for the rest of your life. You will never go on to cast a charming romantic comedy or dark drama; you will only cast mob movies. And don’t ever look that gift horse in the mouth, because that’s how you make your money, so you better appreciate it. 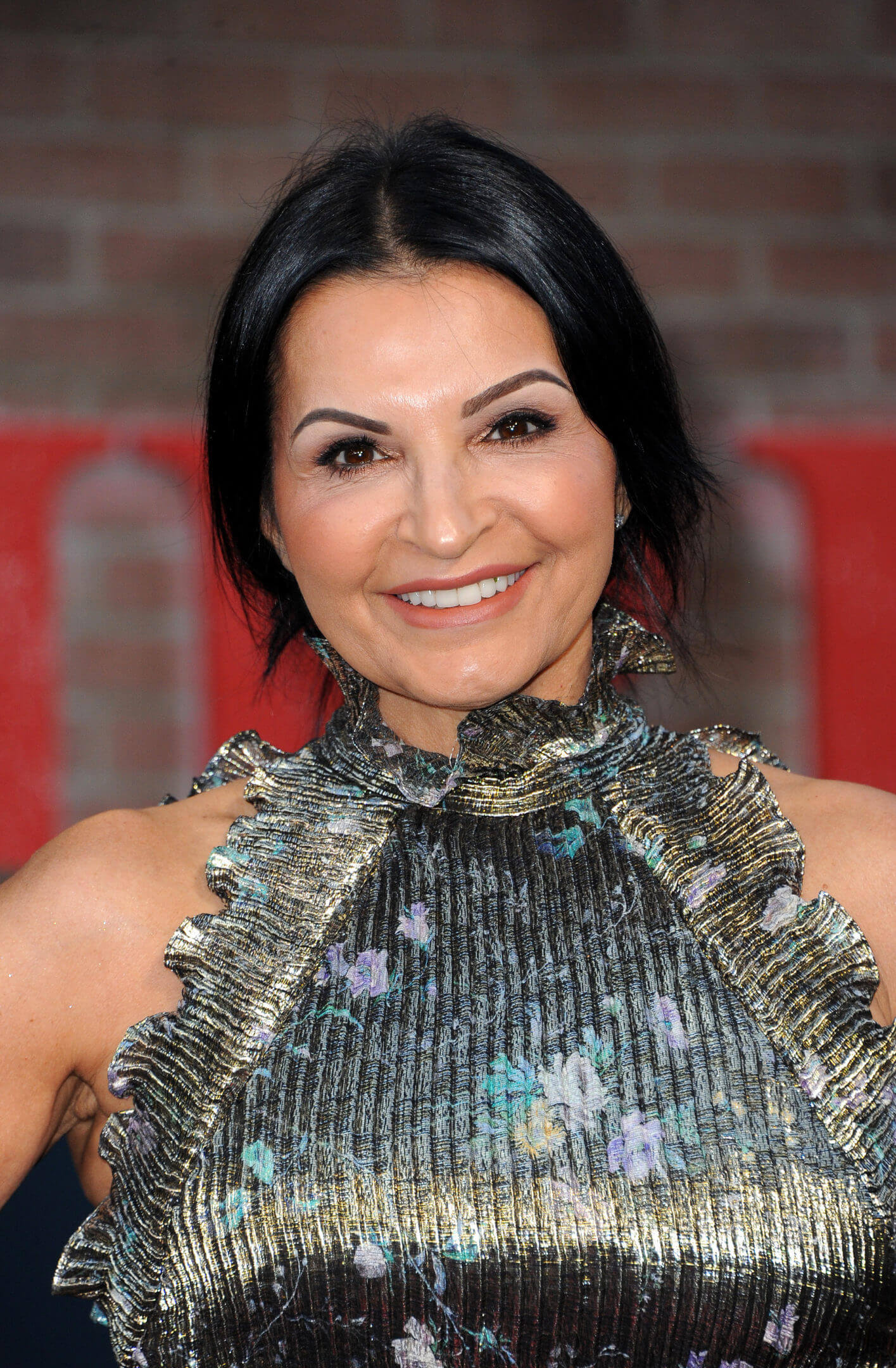 Kathrine at the Los Angeles premiere of ‘The Irishman’ held at the TCL Chinese Theatre in Hollywood, CA

I’m so sorry that happened to you. It must feel amazing then when casing directors like Ellen Lewis see your range and cast you in both The Irishman and Bad Education.

It’s like having a small circle of angels. They inspire you with their open-mindedness just as much as you inspire them as an actor. It’s knowing that when you walk in the room, this person likes you and wants you there and makes you feel safe in there. Auditioning is a very vulnerable process. You’re exposing yourself by having to be emotional. You may have to cry or scream You think to yourself, Should I use a prop? Should I use my phone? You need to know that this person not only welcomes you but welcomes your mistakes if you’re on the wrong path. That if you mess up, they’re going to say, ‘Okay, Kathrine, I like that, but let’s do it this way.’ They will work with you in that room. They are patient. They know that you’re nervous, and they nurture you and bring out the best in you. When a casting director can do all that, that means they’re good at their job, which means you’re going be good at your job.

You were just about to start shooting a new project, but then the pandemic hit, so it’s now on hold until the quarantine is over and things start up again. Can you tell us about the role?

I can’t say anything about it now other than its a role that you wouldn’t think ‘Kathrine Narducci’ for. In fact, when I auditioned for it, I was sure I wouldn’t get it. When I saw the girl before me walk out, I thought she was exactly the type of person they would hire for the part:  blonde hair, light, not so ethnic looking—the opposite of me. Then I told myself, ‘Kathrine, you have to recalculate this thought in your brain before you walk in that room. You have to go in thinking, wait a minute, they haven’t seen me yet. They haven’t seen my version yet!’ (laughs) I got the role.

How do you overcome a casting stereotype?

You have to take the ball into your own hands. Create your own project or get up on stage. You have to show that side of you that’s not getting the chance to be seen. Four years ago I joined the Actor’s Studio. There, Estelle Parsons, who I admire and look up to, said to me: ’Kathrine, I want to see you work on something you’d never get cast as, like Medea.’ So I started workshopping it and then performed it, and the response was amazing. I was grateful Estelle gave me that permission. I needed that because I was so afraid that people would be like, ‘Wait, what is she doing? Medea? She can’t do that!’ After I performed it, Estelle looked at me and said, ‘Kathrine Narducci. Who knew?!’  I mean, I didn’t even know I could do it. But at the same time, I knew I could. Does that make sense? I started crying. The whole experience was just beautiful.

How have you been keeping yourself busy during this quarantine?

I’m also a painter and have a studio in my apartment. I’m painting, like, eight hours a day sometimes. And with the Actor’s Studio, we are doing Zoom plays, so I have rehearsal tomorrow. The Studio doors may be physically closed, we have got to keep our instruments going. You never stop learning.