A Day in the Life of a Sketch / Improv Comedian

Whether you’re studying it yourself or just enjoy watching it, chances are you’re familiar with sketch / improv comedy. But what about those comedians who’ve gone through all the training and now perform on a professional level? Jeff Galante performs with “Bad Company” and “The Crazy Uncle Joe Show” as an alumnus of the Groundlings’ Sunday Company, and he’s participated in both the Chicago and San Francisco Sketchfests. The comedian took time between his shows and projects to speak with Casting Networks and share a window into the life of a sketch / improv performer. 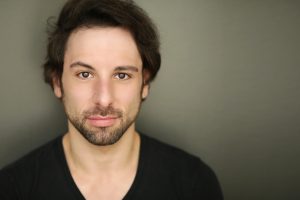 What does your day look like if you’re preparing material for a show?

In any group I ever do, it’s usually people with strong comedic voices. You can meet on the outside and co-write with somebody, or you can solo write that week … You bring it in [your pitch], and you get a pretty quick idea of what’s making everyone laugh … It’s always the same method where all the actors come together, pitch, see what sticks, whittle it down and rewrite. You do a couple weeks of that until a really tight show starts to emerge.

How do you get ready for the performance?

Most people haven’t had a show where they weren’t “tech-ing” it right up to the show … It’s a lot of logistics and wrangling and making sure if we have eight sketches that night, every single cue is anticipated. After the show, everybody goes out to “postmortem” [go over the show]. Most groups will think about which sketch really hit. It’s going to be something you carry on, and you talk about how to tweak it. A lot of times you’ll celebrate what’s called the “one-and-done,” which is a sketch that goes so poorly that you will hysterically bury it that night. Everybody’s favorite stories are always about the “one-and-dones.”

Does improv inform your writing and on-camera work?

When you’re writing, there’s incredible structure. You’re mapping something and you know where you’re going, so there’s a lack of spontaneity in that. Improvising as a character, even just around an idea, can help you get one line that feels more organic.

I only typically book [on-camera] parts where I improvise in the audition … I remember I did a ton of improv in a TV audition where I knew the casting director. I booked the part, and at the table read, the casting director came up to me and whispered, “That was so brilliant. Everybody loved it. Don’t you dare do that today.” So I think I would recommend using improv as necessary. You have to be aware of when you’re allowed to make a choice, when you’re comfortable and when the people know you already. If you’re new in that casting office, be wary of looking like you know better than the people who wrote it.

Galante’s on-camera work includes shows such as “2 Broke Girls” and “Idiotsitter.” He’s also appeared opposite Tiffany Haddish in “Stunted,” an NBC pilot he wrote and created. And while the sketch / improv comedian also writes and performs on camera, he shares one last anecdote to encourage those pursuing live performance work. “I joined a group once, and we did improv in a broken party boat while they were fixing it,” Galante recalls. “Take every opportunity you have to get in front of anyone who will watch you.”