Casting Networks® caught up with Charlie Chappell and Maria Perry of the “Placing Faces” podcast. Charlie and Maria discuss how they got the idea for their podcast, career highlights, and their ideal lunch date.

1. When did you first have the idea to start the “Placing Faces” podcast?

Charlie: The idea first came to me a few years ago. I watched the movie Casting By on HBO, and frankly some parts of it made me angry. The fact that there was so little credit given to so many people for the work they were doing bothered me, and then when I realized that there weren’t a lot of conversations with people in this world, I saw an opportunity to reach out. Two years later we’ve spoken with dozens of casting directors and are well towards our goal of speaking with at least one hundred.

2. Who is your target audience?

Maria: I expected our audience would be mainly actors, when we first started, but we’ve found it’s a pretty even split between people who are hoping to be in front of casting directors and people who want to be involved in that branch of the industry. In all honesty, we’re happy to give our guests the chance to talk to both groups. Everyone can benefit from listening to these amazingly talented folks talk about what they do best!

Charlie: I thought similarly to Maria. I assumed mostly actors but it’s really been a bit of everyone. Granted, it is mostly casting directors and actors, but I’ve had conversations with directors and producers who have tuned in. There isn’t a whole lot of exposure to casting directors in the industry unless you’re working with one directly, so it’s great to hear people react with “I had no clue this job was so important.” Ultimately, the goal is to show how important these people are to the creative process in this shared art form.

3. How did you both get involved in the industry, particularly with casting directors?

Charlie: I’m a farm boy turned almost-engineer, turned photographer, turned editor, turned filmmaker, turned actor, and I could go on and on. I came out to Los Angeles twelve years ago to go to film school after an “almost full” stint at an engineering school in Missouri. I studied filmmaking and numerous methodologies of acting, where I found my real voice. I’ve been stuck with the bug ever since. As an actor, I’ve been in front of casting directors a lot, but never really understood the process. The engineer part of my brain that likes to take things apart and try to understand how they work (so I can make them work better for me), wanted to break down the casting process. That started with the documentary Casting By and led to a YouTube rabbit hole. I realized there wasn’t much information out there. I decided to go to the source and start reaching out to casting directors. I wasn’t really sure how to go about that, so I asked Maria for help, and here we are.

Maria: I grew up in Las Vegas and made friends with some indie filmmakers online, which led to me moving out to Los Angeles to help manage their merch and coordinate appearances. From there, I found myself working on (and ultimately producing) other indies, and was intrigued by the marked difference on projects that had casting directors. The ease of getting all of the pieces and players to come together, and the lack of last-minute scrambling to fill roles, could be attributed to casting directors. So when Charlie came to me with the idea for this podcast, I was instantly on board.

4. What are some of your favorite hobbies outside of work?

Charlie: Honestly, my work is a lot of peoples’ hobbies. I get to be a filmmaker, an actor, an interviewer, a writer, and an artist. I consider a lot of the things I like to do to be part of that work. I watch as much as I can. I read as much as I can. I try to keep healthy. I write and paint, and draft and design (movie posters have always been a fun outlet). The beauty of being an artist is that the exploration of the art form and experiencing other people’s art is a big part of it. To answer your question, I don’t know if I have a hobby “outside of work,” when everything I do, in some way, contributes to the work.

Maria: We’re filmmakers ourselves, and some friends of mine have a bi-monthly film fest that we make shorts for. In fact, a lot of my hobbies tend to be work adjacent. I’m working on a couple of scripts, producing a couple of features, and I just finished doing wardrobe on a short, which I enjoyed greatly. Outside of the world of film, I am an avid reader and love to host board game nights and dinner parties for my friends.

5. What are the most common questions your listeners want to hear answered by your guests?

Maria: I think it depends on the guest. Everyone has their favorite movies and everyone loves to hear stories about how their favorite actors came on to those projects. But, there’s also a fair amount of “How do I ____?” questions, both on the casting and acting sides of the equation.

Charlie: Funnily enough, I think it depends on the listener. For another casting director it’s “How do I get to be where you’re at?” when we’re talking with someone like Jane Jenkins or Leah Daniels Butler or Russell Boast. For actors it’s often, “How do I get on your radar?” While they’re totally legitimate questions, the thing I’ve learned from interviewing so many casting directors about those questions is that it is completely different for everyone. And while that’s hard to hear because it’s not a cut and clear answer, it’s also a really comforting answer. The path is different for us all and to see the walks of life that lead to the same careers is beautiful.

6. Tell us a podcast highlight since launch?

Charlie: There are so many. If you’ve listened to the show you probably know that I adore movies and television. Getting a chance to talk to so many wonderful people about projects they worked on that inspire me is fantastic. One that really sticks out is Jane Jenkins. I met her casting partner Janet Hirshenson years ago through a mutual friend, though I had never met Jane. Because I had met Janet, I was obsessed with her career already and knew so much going into the interview that I could have talked with her for days. To hear the stories behind The Princess Bride, A Beautiful Mind, Labyrinth and Hook, the entire Harry Potter cast… I don’t have the vocabulary to tell you how much fun I had with that one.

Maria: Being car-less in Los Angeles, I find myself in ride shares semi-regularly. I’ve had a driver who knew of the show, and a fellow passenger who was a regular listener. That, and interacting with folks who listen to us via social media has been really rewarding. It always makes my day when we get tagged in someone’s Instagram story.

7. Is there something specific you both are looking forward to in 2020?

Charlie: I’m really excited to share the slate of casting directors we’ve spoken with already that we’re gearing up to release now. The show is starting to grow it’s nice to have the feedback coming in and have casting directors reaching out directly to speak with us. I’m really hoping to put together some live event episodes where we can have some proper question and answer segments and invite listeners to join us, but that’s just starting to get a bit of legs.

Maria: When we were getting started and making lists of people we’d love to talk to, a lot of them were hard to reach and we just weren’t connected enough and hadn’t proven ourselves enough to get them on as guests. But this year we’re starting to get some of those folks reaching out to us to see if we’re still interested in chatting with them, and we couldn’t be more excited about it!

8. Do you have a quote or mantra that you live by?

Charlie: I live by many many mantras but one that has been percolating a lot lately is “Just keep swimming.” I know it might be silly, but there’s a lot of simple wisdom in Dory’s three little words. Another one that gets me through a lot is a quote by Lao Tzu; “Nature does not hurry, yet everything is accomplished.” I think these two quotes in conjunction signal a patient persistence that’s important, especially in this industry.

9. If you could have lunch with anyone, past or present, who would you pick?

Maria: Oh, Mary Shelley would be my first choice.

Charlie: This one is hard because it changes all the time. Da Vinci? King Solomon? Einstein? Jung? Thoreau? Sagan? Tom Hanks? These have all been answers at one point or another. Today I think I’ll say Brit Marling and Darren Aronofsky.

10. What excites you about the future of the casting profession?

Maria: We’ve had a lot of great conversations about how casting directors are working with producers, directors, and writers for better representation across the board, and I find that super exciting. We also speak with a lot of people who credit their positions to their experiences with mentors, and we love to see those folks turning around and bringing their assistants and associates up the same way. In fact, the CSA, the Casting Society of America, has a Casting Assistant training program that they run through their charity, Casting Society Cares, which isn’t something that’s been traditionally accessible, and I’m excited to see how that helps to shape the next generation of casting professionals!

Charlie: I’m excited to see these people get the credit they deserve. First and foremost, let’s get a casting Oscar. It’s time. No excuses anymore. Second, I’m excited for the casting directors we’ve talked to about branching out and exploring other sides of film. I can’t wait to see how their knowledge of casting shapes their future projects, and whether that becomes a growing movement in the casting world– I feel like more movies (and actors) could benefit from having their casting directors also producing or directing. 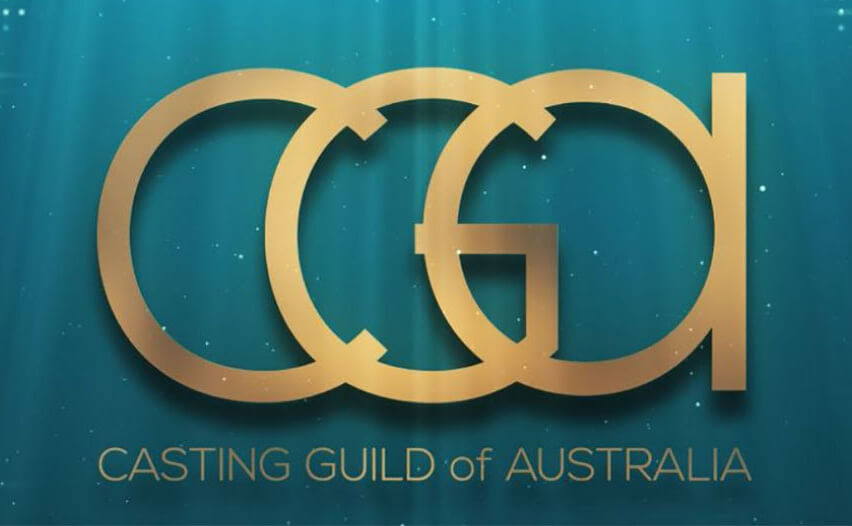 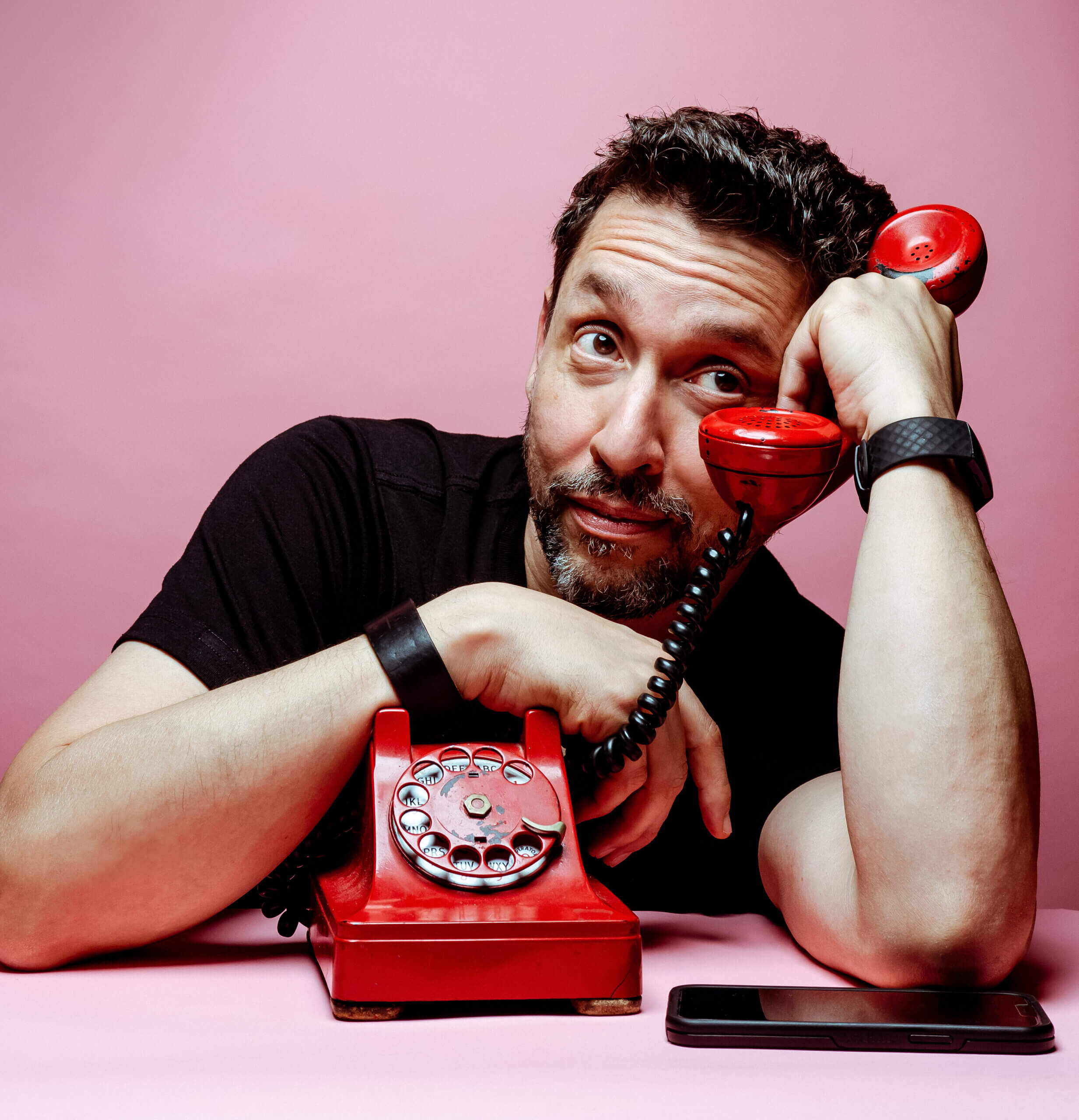 Casting Networks® caught up with talent agent Rick Ferrari of Ferrari Talent. Rick talks about what inspired him to… Read More 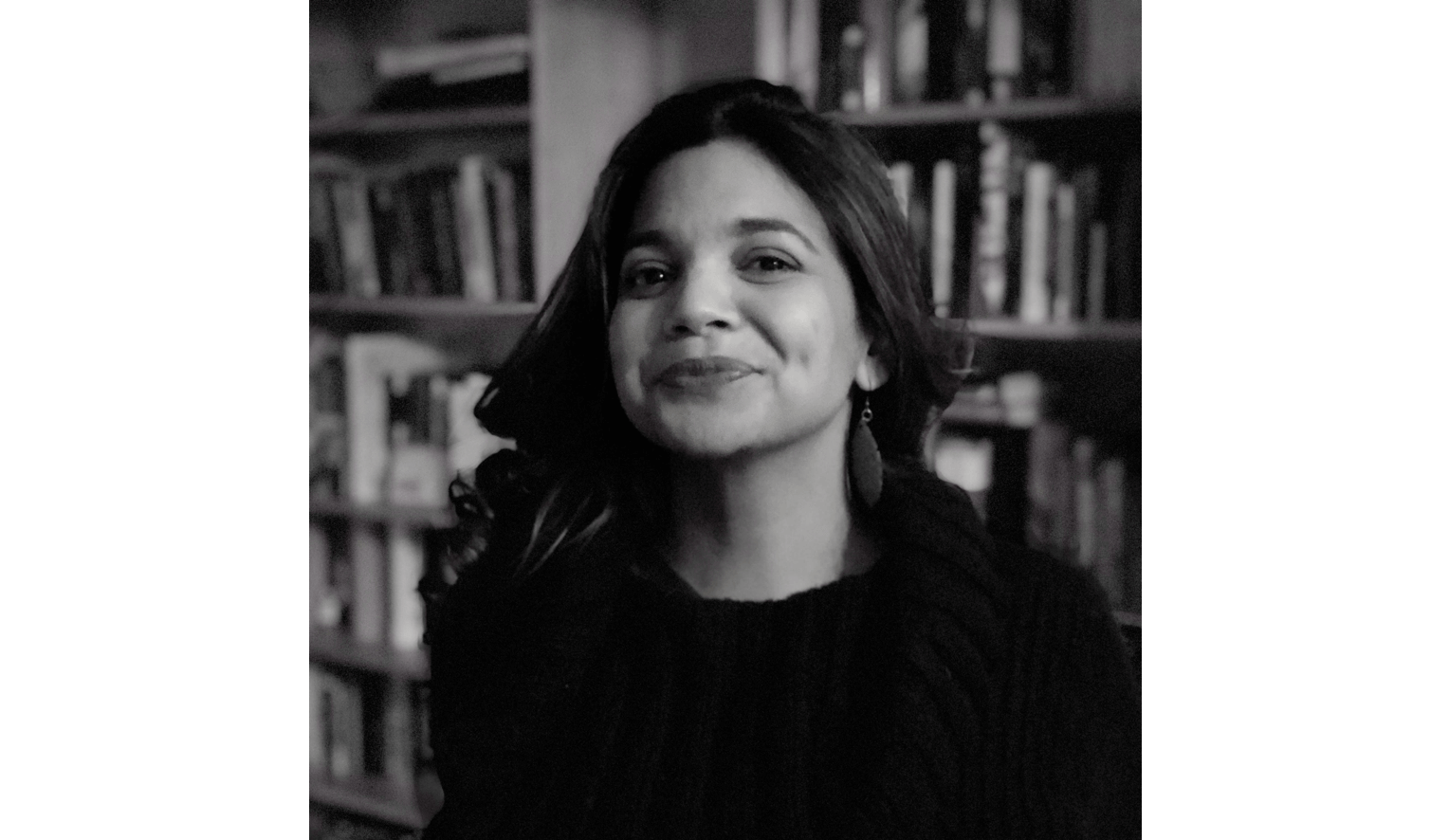 Empowering Women in Arts and Entertainment in Partnership with TIME’S UP Foundation, featuring Yasmin Dunn

Welcome back to our interview series ‘Empowering Women in Arts and Entertainment,’ in partnership with TIME’S UP Foundation. For… Read More 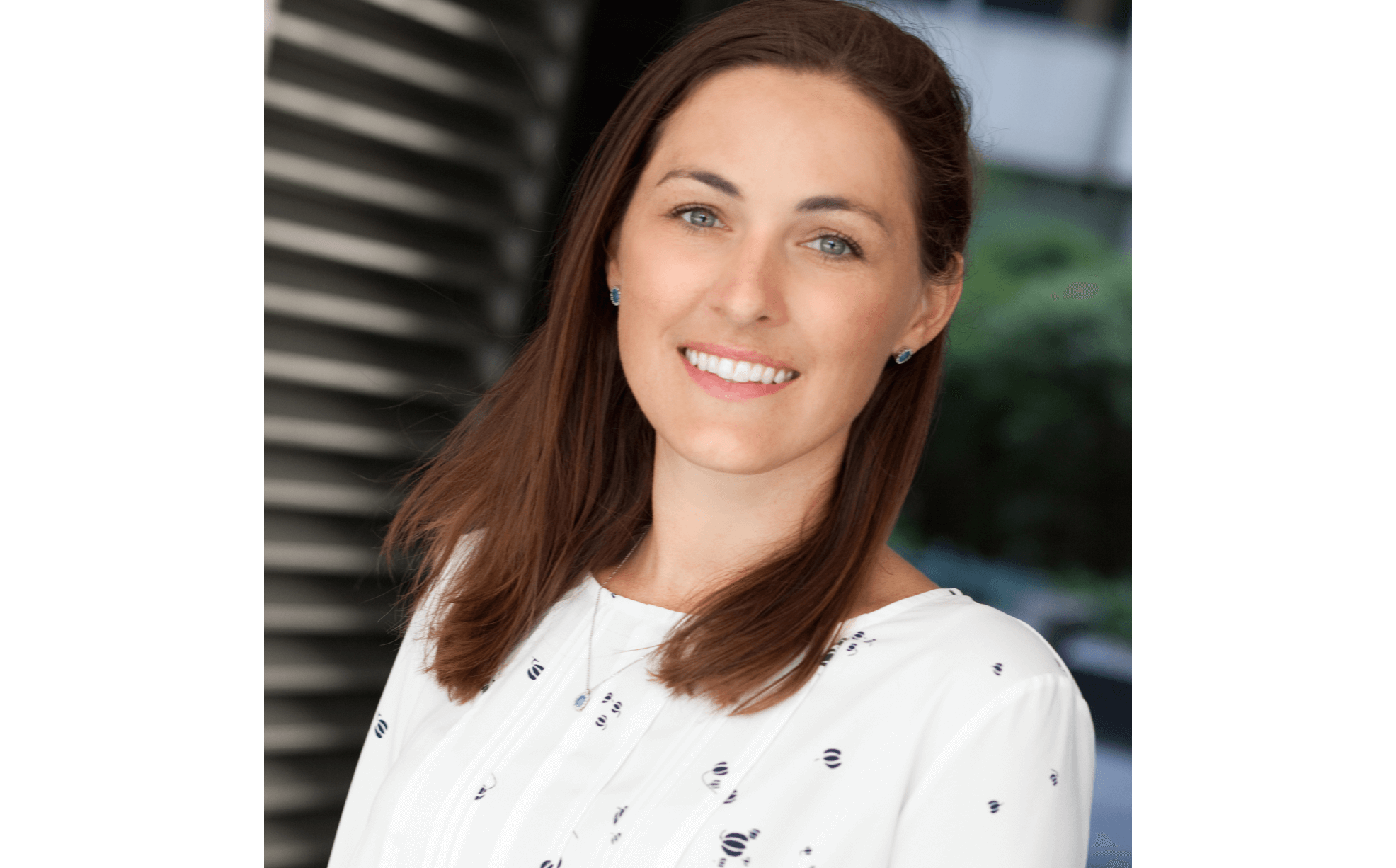